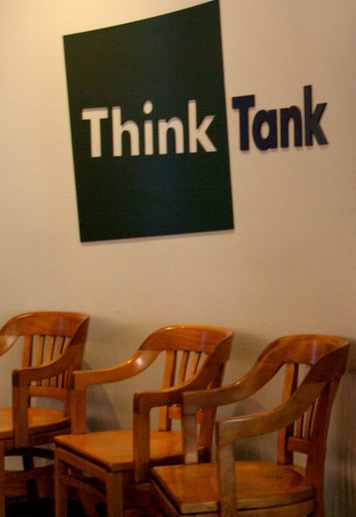 Last week, in what has become an annual rite of passage since 1982, Cuba was placed on the U.S. State Department’s list of state sponsors of terrorism. Despite this, there are growing calls for Cuba to be taken off the list. Join us for a discussion and look at the arguments to be made for Cuba’s removal.

Open to the public; however, seating is limited. To RSVP, please send name and affiliation to the Americas Program at americas@csis.org.

Reform, Revolution or Status Quo? Regional Dynamics in a Changing Arab World
US Institute of Peace
10:00AM – 11:30AM

This meeting is co-sponsored by the Middle East Program at the Woodrow Wilson Center and the U.S.Institute of Peace.

Some experts predicted that the ‘Arab spring’ rebellions would widen the strategic, political, and even ideological gap between Arab states undergoing dramatic change and those defending the status quo. In fact, no such clear breach has occurred. Instead, Dr. Adeed Dawisha, distinguished professor of political science at Miami University, argues that sectarian tensions and economic constraints have dampened the potentially ‘incendiary’ effect of the Arab political revolts. Please join us at USIP for an engaging discussion on these dynamics in the Middle East with Dr. Dawisha, the State Department’s Dafna Rand, and USIP’s Daniel Brumberg on June 12, from 10:00am to 11:30am.

This weekend’s meeting between Presidents Barack Obama and Xi Jinping at the former Annenberg Estate in California presents the two leaders with an opportunity to address a wide range of pressing issues, from flash points in the Korean peninsula to climate change and the global economy. To China’s leaders, this meeting will contribute to the development of a “new kind of great power relationship,” a concept that has been heavily promoted in recent months in state media and official pronouncements. On June 12, the John L. Thornton China Center at Brookings will host Madame Fu Ying, the spokeswoman for the China’s National People’s Congress (NPC) and the chair of the NPC’s Foreign Affairs Committee.

After the Arab Uprisings
New America Foundation
9:00AM – 10:30AM

Two years after the Arab uprisings began, many countries in the Middle East and North Africa are undergoing complex political, social and economic transformations. Arab countries in transition are trying to articulate economic reform agendas amidst tumultuous internal developments and a challenging external environment. The divergent economic interests of governments and civil society groups further complicate the reform process. Alongside these near-term obstacles to economic stability, the region must contend with the medium-term challenges of diversifying their economies, creating jobs, and generating more inclusive growth. On June 13, New America Foundation’s Middle East Task Force will host Adnan Mazarei, the Deputy Director of the IMF’s Middle East and Central Asia Department, to discuss the region’s economic performance in 2012 and expectations for 2013.

The India-Pakistan Conundrum: Shooting for a Century
Brookings Institution
10:00AM – 11:30AM

The rivalry between India and Pakistan has proven to be one of the world’s most intractable international conflicts. In his new book, Shooting for a Century (Brookings Press, 2013), Brookings Senior Fellow Stephen P. Cohen explores the origins and costs of India-Pakistan hostility, various explanations of why the dispute endures, past and current efforts to normalize the relationship, as well as the consequences of nuclearization. He argues that the prospects for normalization are poor, but because of the stakes and urgency, it is a process deserving of bilateral effort and greater world attention. Cohen also outlines suggestions as to how the rivalry might end, as well as the approach he believes the United States should take vis-à-vis the rivalry. On June 14, the India Project at Brookings will host the launch of Shooting for a Century with a discussion on present and past ties between India and Pakistan, prospects for normalization, as well as what role, if any, the U.S. should play.