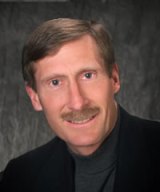 We  are delighted to announce our February speaker, renowned WMD expert Mr. Charles Duelfer. Charles Duelfer was the Special Advisor to the Director of Central Intelligence for Iraq WMD. He led the Iraq Survey Group (ISG) investigation in Iraq, which conducted the investigation of Iraq’s WMD programs. The ISG was a unique intelligence organization of over 1600 military and civilian staff that investigated Iraq WMD programs. It used all possible collection and analytic capabilities in a hostile environment. The Duelfer Report (2004) is the definitive work on the relationship of the Saddam Regime to WMD.

Previously, Mr. Duelfer was the Deputy Executive Chairman of the UN Special Commission on Iraq (UNSCOM) from 1993 until its termination in 2000. For the last several months of its existence he was the acting chairman.

Duelfer also served in the Political-Military Bureau of the State Department for several years in a variety of capacities including directing regional security programs in Africa (including Somalia, Sudan and Chad), Latin America, and the Middle East. He also participated in the policy development for nuclear weapons and arms control subjects.

From 2006-2008, Duelfer was chairman and CEO of Transformational Space Corporation, a small entrepreneurial company developing a launch system for transportation to low earth orbit. Presently he is Chairman of Omnis, Inc, a consulting firm in McLean, Virginia.

He is the author numerous articles on security and intelligence and the book, Hide and Seek: The Search for Truth in Iraq (Public Affairs Books 2009).