Happy Friday and May the Fourth Be With You!

Bill Gates Talks Universal Flu Vaccine, Pandemic Preparedness, and Bioterrorism
Bill Gates has been making the rounds this week discussing the slow progress that has been made in terms of pandemic preparedness. Gates recently spoke at the New England Journal of Medicine’s Shattuck Lecture, where he noted that “We are on the verge of eradicating polio. HIV is no longer a certain death sentence. And half the world is now malaria-free. So usually, I’m the super-optimist, pointing out that life keeps getting better for most people in the world.There is one area, though, where the world isn’t making much progress, and that’s pandemic preparedness. This should concern us all, because if history has taught us anything, it’s that there will be another deadly global pandemic. We can’t predict when. But given the continual emergence of new pathogens, the increasing risk of a bioterror attack, and how connected our world is through air travel, there is a significant probability of a large and lethal, modern-day pandemic occurring in our lifetimes.” You can find the full transcript here, but in his speech, Gates also underscores the risk of biological weapons, noting that “biological weapons of mass destruction become easier to create in the lab, there is an increasing risk of a bioterror attack. What the world needs – and what our safety, if not survival, demands – is a coordinated global approach. Specifically, we need better tools, an early detection system, and a global response system.” He also recently sat down with STAT News to discuss a new initiative he is supporting to facilitate the development of a universal flu vaccine, as well has his time in the Oval Office. “The Gates Foundation is offering $12 million in seed money for projects that would help the world develop a universal flu vaccine. Gates said he thinks that when a universal flu vaccine is developed, it will be made in one of the newer vaccine constructs attracting so much research attention these days.” Gates also noted that when meeting with President Trump, he discussed the need for a universal flu vaccine and sparked the president’s interest through the notion of inspiring American innovation. While Gates isn’t likely to take on a scientific advisor role, he continues to vocalize concerns about global health security and the gaps in preparedness/response efforts.

GMU Biodefense – Food Security
Interested in biodefense and food security? GMU’s Biodefense graduate program is just the place, as we’re proud to announce that Philip Thomas will be teaching BIOD726 this fall. This course “analyzes threats to food security globally including those related to climate change and environmental degradation; animal and plant diseases; access to clean water; agricultural terrorism; and antimicrobial resistance. Explores the national and global health, economic, social, and ethical impacts of these disruptive forces. Examines strategies for enhancing the security of the global food production and supply systems.”

Avoiding Soviet-Era Disarmament Mistakes With North Korea’s Bioweapons Program
GMU Biodefense professor Sonia Ben Ouagrham-Gormley is trying to get the United States to avoid making the same mistakes when it comes to disarmament. Ouagrham-Gormley notes that with new talks between North Korea and the United States, it is important for the Trump administration to learn from our historical failures and previous disarmament talks. She points to the Cooperative Threat Reduction Program (CTR), which was launched in 1991 and worked to secure weapons, like nuclear and chemical, that were stored in former Soviet states. Unfortunately, the CTR program was only mildly effective in regards to biological weapons. Ouagrham-Gormley provides some “do’s and don’ts” for our bio-engagement with North Korea. Do engage as many facilities as possible. Don’t adopt a cookie-cutter approach to bio engagement – “Probably the greatest failure of the CTR program was its adoption of a one-size-fits-all approach that did not take into account the particular circumstances of the facilities and individuals engaged. For example, the CTR usually provided former Soviet facilities with biosafety equipment, which was much needed, as scientists sometimes worked with dangerous agents with no ventilation system to prevent the spread of disease should a laboratory accident occur.” She also notes that “without strategies to help scientists exit the bioweapons field and efforts to erode their expertise, a bio-engagement program in North Korea risks maintaining a bioweapons threat and possibly allowing resumption of the program in the future.” 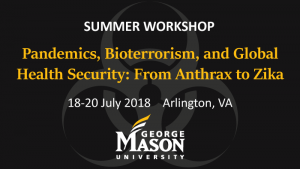 Summer Workshop – Early Registration Discount Extended!
We’re happy to announced that the early registration discount for the Summer Workshop on Pandemics, Bioterrorism, and Global Health Security, has been extended to June 1st. Register before then get the reduced rate for this 3-day workshop on all things health security. Join the conversation with experts regarding pandemic preparedness policy, dual-use research oversight, CRISPR, protecting the bio-economy, and more.

15 Years of Hospital Preparedness
It’s interesting to think that the Hospital Preparedness Program (HPP) has been working to strengthen U.S. healthcare preparedness for 15 years now. Check out this infographic for some interesting facts – HPP is the only source of federal funding for health care delivery system readiness and 98% of those awarded funds have said that the funding was critical to their response and preparedness efforts. From Hurricane Katrina to the bombings at the Boston Marathon, to Ebola in Dallas, and Zika virus, there is an utter need for supporting healthcare response and preparedness efforts within the United States.

Maryland Branch ASM Annual Poster Session & Student Oral Presentation
Don’t miss out on this chance to attend the Maryland ASM branch meeting on Monday, June 4th from 5:30-8:30pm. This is a great opportunity for students to present posters, meet other ASM members, and learn more about the organization. 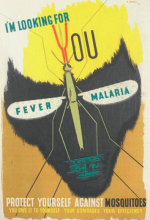 Trends in Reported Vectorborne Disease Cases
Mosquitos and ticks are major trouble-makers in the United States.  The threat of vectorborne diseases is becoming an increasing issue within the United States, according to a new CDC report. Researchers reviewed data reported through the National Notifiable Diseases Surveillance System for 16 notifiable vectorborne diseases (West Nile virus, Rocky Mountain Spotted Fever, etc.) from 2004 to 2016. “A total 642,602 cases were reported. The number of annual reports of tickborne bacterial and protozoan diseases more than doubled during this period, from >22,000 in 2004 to >48,000 in 2016. Lyme disease accounted for 82% of all tickborne disease reports during 2004–2016.” Tickborne diseases accounted for more than 75% of reports and West Nile virus was the most commonly transmitted mosquitoborne disease. “During 2004–2016, nine vectorborne human diseases were reported for the first time from the United States and U.S. territories. The discovery or introduction of novel vectorborne agents will be a continuing threat.”