This week your dose of biodefense news is arriving a bit early – what a way to kick off the weekend! Flipper fans will be sad to hear that dolphins are a new source for antibiotic resistance. 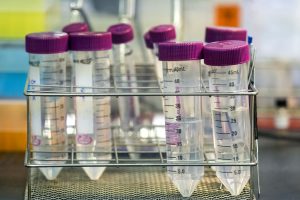 Russian Virology Research Center Hit By Blast/Fire
In perhaps not the best of places to have a gas-cylinder explosion, the Russian Virology Center, Vektor, is causing a bit of concern around the world. Cue the conversations regarding the destruction of smallpox stockpiles…”Russia’s consumer-safety watchdog Rospotrebnadzor said on September 16 that one worker was sent to hospital for third-degree burns suffered in the incident at the State Research Center of Virology and Biotechnology (Vector) near the Russian city of Novosibirsk. It added that no biohazardous substances were present in the sanitary inspection room at the time of the fire. The city’s mayor, Nikolai Krasnikov, said the laboratory, on the fifth floor of a six-story building in the city of Koltsovo, was undergoing renovation and repair work at the time of the incident. All glass in the building was said to have been broken in the blast. A fire covering about 30 square meters was extinguished after the explosion. In the 1970-1980s, the research center developed biological and bacteriological weapons, as well as means of protection against them.”

UK Vaccine Network – Mapping Pathogens of Pandemic Potential
Do you know what the United Kingdom is doing to develop vaccines against pandemic pathogens? “During the 2013–2016 Ebola outbreak in West Africa an expert panel was established on the instructions of the UK Prime Minister to identify priority pathogens for outbreak diseases that had the potential to cause future epidemics. A total of 13 priority pathogens were identified, which led to the prioritisation of spending in emerging diseases vaccine research and development from the UK. This meeting report summarises the process used to develop the UK pathogen priority list, compares it to lists generated by other organisations (World Health Organisation, National Institutes of Allergy and Infectious Diseases) and summarises clinical progress towards the development of vaccines against priority diseases. There is clear technical progress towards the development of vaccines. However, the availability of these vaccines will be dependent on sustained funding for clinical trials and the preparation of clinically acceptable manufactured material during inter-epidemic periods.”

Global Preparedness Monitoring Board
In their very first report, the GPMB “reviewed recommendations from previous high-level panels and commissions following the 2009 H1N1 influenza pandemic and the 2014-2016 Ebola outbreak, along with its own commissioned reports and other data. The result is a snapshot of where the world stands in its ability to prevent and contain a global health threat.” The report includes actions for leaders to take, like commitment and investment from heads of government, building strong systems, and preparing for the worst. For example, they note that “Donors, international financing institutions, global funds and philanthropies must increase funding for the poorest and most vulnerable countries through development assistance for health and greater/earlier access to the United Nations Central Emergency Response Fund to close financing gaps for their national actions plans for health security as a joint responsibility and a global public good. Member states need to agree to an increase in WHO contributions for the financing of preparedness and response activities and must sustainably fund the WHO Contingency Fund for Emergencies, including the establishment of a replenishment scheme using funding from the revised World Bank Pandemic Emergency Financing Facility.”

Blue Ribbon Study Panel Becomes Bipartisan Commission on Biodefense
At their latest event, the Blue Ribbon Study Panel announced it would be “taking on a new name to more accurately reflect its work and the urgency of its mission. Effective immediately, the organization now will be known as the Bipartisan Commission on Biodefense. ‘We do not simply study the problem,’ said Executive Director Dr. Asha M. George. ‘We conduct our activities with a self-imposed mandate and the same sort of urgency that congressional commissions demonstrate. Moving forward, we will be the Bipartisan Commission on Biodefense. Our leadership team and unyielding focus remain unchanged.’ The organization was established in 2014 to comprehensively assess the state of U.S. biodefense, and to issue recommendations to foster change. The Commission will continue to be co-chaired by former Senator Joe Lieberman and former Governor Tom Ridge, the first Secretary of Homeland Security.”

NAS Workshop – Public-Private Partnerships for Global Health at the National, Municipal, and Community Levels
Don’t miss this National Academies event on October 23rd and 24th in Washington, D.C. “The National Academies’ Forum on Public-Private Partnerships for Global Health and Safety is convening a 1.5 day workshop to examine the enabling environments for public-private partnerships (PPP’s) at the national, municipal, and community levels. Panelists will provide case studies that focus on the mechanics of building a partnership in a region, the conditions the private sector needs to establish itself in a region, and how a country becomes PPP-ready to accept private partners. The panelists will include: the private sector actors who established a business in a region; the government representative who worked with the private sector actors to create the conditions for private sector involvement; and the intermediary who helped to facilitate the partnership. Additionally, local business owners who distribute the products from larger businesses, or that develop their own businesses within a region, will be brought in to discuss the conditions they need at the local level to form sustainable business models. Intermediaries that work to facilitate global partnerships will also give a broader view of how partnerships are enabled.”

Efforts to Reduce Nosocomial Ebola Transmission
Today there were 15 new cases of Ebola virus reported in the DRC, bringing the case counts to 3,145. Ongoing violence has been a concern, but the growing number of nosocomial infections is also worrisome. “In the wake of this outbreak, the threat of health care-associated infections has grown and thus far 18% of the outbreak cases are nosocomial. The ability for hospitals and treatment centers to act as amplifiers in the middle of an outbreak is not a novel concept. Unfortunately, this number is deeply concerning and represents critical breakdowns in infection control measures. In addition to the avoidable cases, the high number of nosocomial cases is also a driving factor for many to avoid care within the treatment centers. Consider an already skeptical community, and now include the fact that nearly 1 out of 5 cases occur as a result of exposure within a medical setting. Not only can this fuel fear and apprehension to seek care within the community, but it also can put health care workers in danger. In response to this trend, the WHO is partnering up with agencies like the United Nations Children’s Fund, and the US Centers for Disease Control and Prevention (CDC) to help boost health care response and infection prevention in the 3000 nurses, physicians, and health care workers responding to the outbreak.”

Big Pharma Drops New Drugs Despite Drying Antibiotic Pipeline
Despite the continued warnings of the drying antibiotic pipeline and the growing threat of antimicrobial resistance, the pharmaceutical world has shown little interest in investing in the production of new antimicrobials. These costly efforts are a considerable hurdle for companies as a new class of antibiotics is desperately in need. “According to an in-depth report from German public broadcaster NDR this week, the reason for this lack of preparation for the impending crisis is simple: Antibiotics simply aren’t profitable. Antibiotics are only used for a few days once in a while, and are being prescribed less as doctors become more aware of the dangers of overprescription. Instead, drug companies are focusing on lucrative medications for chronic conditions such as high cholesterol, arthritis, epilepsy and cancer. Johnson & Johnson, Sanofi, Pfizer, AstraZeneca, Novartis, Otsuka and many others have all gutted their antibiotic development teams and moved those budgets elsewhere. This is despite a 2016 pledge signed by over 100 companies, including Johnson & Johnson and Novartis, saying they would help prevent the next epidemic by investing in ways to combat the rise of antibiotic-resistant superbugs.”