What’s New with Novichoks?
Gregory Koblentz, Director of the Biodefense Program, and Stefano Costanzi, a chemistry professor at American University, have published an article in The Nonproliferation Review about recent efforts to add Novichok nerve agents to the Chemical Weapons Convention’s list of Schedule 1 chemicals which are subject to the highest level of verification. Novichok become a household word after Russian agents used this new type of chemical weapon in the attempted assassination of Sergei and Julia Skripal in Salisbury, United Kingdom in March 2018, but there is still a good deal of public confusion about this family of nerve agents. In “Controlling Novichoks After Salisbury: Revising the Chemical Weapons Convention Schedules,” Koblentz and Costanzi clarify the identity of the nerve agent  used in the Salisbury incident and evaluate two proposals regarding Novichoks that will be considered by the Organization for the Prohibition of Chemical Weapons (OPCW) in November. This will be the first time the CWC’s Schedules have been revised since the  treaty was opened for signature in 1993.

Bipartisan Commission on Biodefense Cyberbio Convergence Recap & The Germy Paradox
GMU Biodefense graduate student Georgia Ray has provided us with a detailed summary of this Commission event. We’d also like to show off her blog, Eukaryote Writes, which just so happens to delve into bioweapons and how close we’ve gotten to actual use. Georgia notes “I’ve heard a lot about ‘nuclear close calls.’  Stanislav Petrov was, at one point, one human and one uncomfortable decision away from initiating an all-out nuclear exchange between the US and the USSR. Then that happened several dozen more times. As described in Part 1, there were quite a few large state biological weapons programs after WWII. Was a similar situation unfolding there, behind the scenes like the nuclear near-misses?” In Georgia’s in-depth review of the Cyberbio Convergence event, she notes that “Tom Dashchle described biosecurity as a cause area with ‘broad support but few champions’ and agreed with the importance of creating career paths and pipelines into the field. (Great news for optimistic current Biodefense program students like myself.) The panel also agreed on the importance of education starting earlier, through STEM education and basic numeracy skills.” 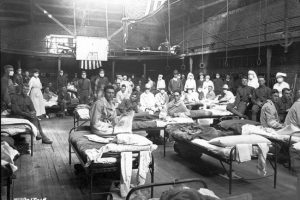 1918/1919 Pandemic Museum Exhibit
Check out the Mutter Museum for a permanent exhibit on the influenza pandemic that hit Philadelphia, PA. “On Sept. 28, 1918, in the waning days of World War I, over 200,000 people gathered along Broad Street in Philadelphia for a parade meant to raise funds for the war effort. Among the patriotic throngs cheering for troops and floats was an invisible threat, which would be more dangerous to soldiers and civilians than any foreign enemy: the influenza virus. Officials went ahead with the parade despite the discouragement of the city health department about the ever-spreading virus. Within 72 hours of the parade, all the hospital beds in Philadelphia were full of flu patients. Within six weeks, more than 12,000 people died — a death every five minutes — and 20,000 had died within six months.” Named “Spit Spreads Death”, the exhibit opens on October 17th and will include interactive maps, artifacts, and images. Personal stories and accounts from historians brings this exhibit to life and drives home the message.

The Story of Technology
GMU biodefense doctoral alum Dr. Daniel Gerstein has the latest book for you to add to the reading list – The Story of Technology.  “Technology–always a key driver of historical change–is transforming society as never before and at a far more rapid pace. This book takes the reader on a journey into what the author identifies as the central organizing construct for the future of civilization, the continued proliferation of technology. And he challenges us to consider how to think about technology to ensure that we humans, and not the products of our invention, remain in control of our destinies? In this informative and insightful examination, Dr. Daniel M. Gerstein–who brings vast operational, research, and academic experience to the subject–proposes a method for gaining a better understanding of how technology is likely to evolve in the future. He identifies the attributes that a future successful technology will seek to emulate and the pitfalls that a technology developer should try to avoid. The aim is to bring greater clarity to the impact of technology on individuals and society.” As General David Petraeus (former commander of the troop surge in Iraq, US Central Command, and Coalition Forces in Afghanistan, and former director of the CIA), noted “Gerstein brings a unique perspective to The Story of Technology, as both a national security expert and a technologist. He examines, in a compelling fashion, the inextricable link between humans and technological advancement—and specifically how the latter has granted America security, economic, and societal advantages. But he also cautions, rightly, that many of the foundations on which these advantages have been built are eroding, threatening our interests and perhaps even redefining what it means to be human. This book is a must-read for our national leaders, technology specialists, and general readers alike.”

FDA Launches Food Safety Dashboard
Starting with the focus on food safety that we saw within the FDA Food Safety Modernization Act (FSMA), the FDA is launching a new tool to help ensure food safety and security occurs in the U.S. “The new Food Safety Dashboard launched today is part of FDA-TRACK, which is one tool the FDA uses to monitor certain FDA programs through key performance measures and projects, and regularly updates to ensure transparency to the public. While we expect that it will take several years to establish trends in the data, the initial data show that since 2016, the majority of companies inspected are in compliance with the new requirements of the preventive control rules. Additional FDA data also show that overall, industry has improved the time it takes to move from identifying a recall event to initiating a voluntary recall, from an average of four days in 2016 to approximately two days in 2019. In fact, comparing the FSMA data with our recall data shows the bigger picture, demonstrating the effectiveness of preventive measures as food recalls once again have reached a five-year low.”
Ebola Outbreak Update
As cases continue to be identified, albeit slowly (total is now 3,198),  much focus has been on community resistance as new research is being released. Researchers “explored community resistance using focus group discussions and assessed the prevalence of resistant views using standardized questionnaires. Despite being generally cooperative and appreciative of the EVD response (led by the government of DRC with support from the international community), focus group participants provided eyewitness accounts of aggressive resistance to control efforts, consistent with recent media reports. Mistrust of EVD response teams was fueled by perceived inadequacies of the response effort (“herd medicine”), suspicion of mercenary motives, and violation of cultural burial mores (“makeshift plastic morgue”). Survey questionnaires found that the majority of respondents had compliant attitudes with respect to EVD control. Nonetheless, 78/630 (12%) respondents believed that EVD was fabricated and did not exist in the area, 482/630 (72%) were dissatisfied with or mistrustful of the EVD response, and 60/630 (9%) sympathized with perpetrators of overt hostility. Furthermore, 102/630 (15%) expressed non-compliant intentions in the case of EVD illness or death in a family member, including hiding from the health authorities, touching the body, or refusing to welcome an official burial team.” GMU Biodefense doctoral alum Saskia Popescu notes that “This research shed light on many of the suspected social dynamics that challenge response efforts but also delved into detail of what is needed to refine education and community outreach to truly be effective.” The U.K. has issued Tanzania travel warnings over a probable Ebola death. “The U.K. advised travelers to Tanzania to be aware of a ‘probable’ Ebola-related death in the East African nation, its Foreign and Commonwealth Office said Tuesday in a statement on its website. About 75,000 British nationals visit Tanzania every year, it said.”
DHS Counterterrorism Resignation
“James F. McDonnell, a presidential appointee who over the last two years downsized the Department of Homeland Security’s efforts to prevent terrorism involving weapons of mass destruction, has agreed to resign. McDonnell’s resignation, department sources said, comes at the request of acting Homeland Security Secretary Kevin McAleenan and would become effective at noon on Thursday, according to an email McDonnell sent his staff at 12:57 p.m. EDT on Wednesday. McDonnell’s seven-sentence memo did not provide a reason for his resignation, saying only it was ‘time for a new leadership team to take things to the next level’.” 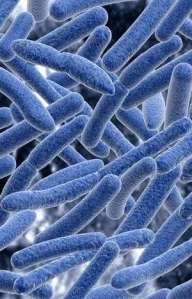