Welcome to the last day of September! Brazil has reported 46,446 new cases of Chikungunya in the 5 weeks since it last reported cases to PAHO, which brings its total to 216,102 cases. Love photography and biodefense? Check out the Air Force patient decontamination exercise as told through photography. Japan is seeing a surge of measles with 100 cases reported in the past five weeks. On the other hand, the region of the Americas has been declared measles free.  Amnesty International has accused Sudan’s government of carrying out over 30 chemical weapons attacks in the Darfur area since January.

Don’t forget to mark your calendars for an upcoming PhD information session at our Fairfax Campus (Johnson Center, Room 334) on Wednesday, October 12th, from 7-8:30pm. We’ll be  discussing the nuts and bolts of the program, classes offered, and student perspectives on their PhD in biodefense!

A recent GAO report reviewed practices within HHS and USDA to improve the Select Agent Program’s oversight regarding inactivation of agents. The report draws attention to the uncertain number of incidents involving incomplete agent inactivation that occurred from 2003-2015. “One key reason is that the Select Agent Program—operated by the Departments of Health and Human Services (HHS) and Agriculture (USDA) to oversee certain dangerous pathogens, known as select agents—does not require laboratories to identify such incidents on reporting forms. According to the program, 10 incidents occurred from 2003 through 2015. However, GAO identified an additional 11 incidents that the program did not initially identify. Because the program cannot easily identify incidents involving incomplete inactivation, it does not know the frequency or reason they occur, making it difficult to develop guidance to help mitigate future incidents.” Many are pointing to limited federal guidance for researchers and validation of the inactivation protocols. GAO recommendations focused on revising reporting forms and practices, guidance for protocols, and establishing a more consistent process for incidents. Specific recommendations included: “HHS should direct the CDC and NIH to develop clear definitions of inactivation for use within their respective guidance documents that are consistent across the Select Agent Program, NIH’s oversight of recombinant pathogens, and the Biosafety in Microbiological and Biomedical Laboratories manual. USDA should direct APHIS to revise reporting forms to help identify when incidents involving incomplete inactivation occur and analyze the information reported to help identify the causes of incomplete inactivation to mitigate the risk of future incidents.”

GMU Biodefense Student Awarded Center for Global Security Research Internship
We’re very proud to announce that GMU Biodefense PhD student and Presidential Scholar, Yong-Bee Lim, will be starting a six-month internship with the Center for Global Security Research (CGSR) at Lawrence Livermore National Laboratory. CGSR  focuses on the nexus of science and technology (S&T) and policy to provide fresh insights for understanding and addressing important national security issues. They work to identify whether and how technically-based approaches can address new challenges to national and international security. Congrats Yong-Bee!

Global Health Security Threats: Are We Prepared?
Catch this Abt Associates hosted event on Thursday, October 27th, from 9am-noon at the Newseum! Speakers will discuss the causes and consequences of infectious disease pandemics. There will be two panels of experts – Panel 1: Causes, will include Peter Hotez, John Brownstein, and Irene Koek, and Panel 2: Consequences, will include Thomas Inglesby, Ambassador Bonnie Jenkins, and Jose Cordero.

The Post-Amerithrax World of Biodefense 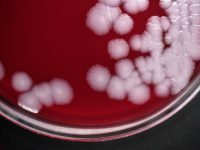 How much did we really learn from Amerithrax and has our biodefense game gotten any stronger? Matt Davenport looks into what biodefense was like during the harrowing days of the Amerithrax attacks and how American efforts have evolved (or not…). He first points to the “biodetection divide” noting that there is a marked contrast between not only the tools and training but more importantly, the oversight and scrutiny that first responders and public health labs are subject to. “Biotechnology used by public health labs and first responders has evolved tremendously since 2001. PCR assays are faster. Immunoassay performance has improved thanks to nanotechnology. High-throughput genetic sequencing now exists. But no single technology is perfect. The rates of false negatives and false positives can still be reduced. Analysis time can be driven down. Sensitivity can be ramped up. And so the biotechnology that can aid in biodefense continues to evolve.” Many in the field will tell you that there’s no end zone in global health security – biodefense and biodetection will always have an evolving horizon that requires the technology, training, oversight, and funding to match. The microarray and technologies (PCR and immunoassays) require a targeted approach, however many like Livermore Lab’s Tom Slezak point out that the practice of thinking agent specific is limiting and our potential lists just get longer. Aside from the challenges of agent identification (which are improving thanks to next-generation sequencing), many first responders and public health professionals are pushing for national standards for the equipment that’s used on site during a suspected bioattack. Unfortunately, standards take the commitment of time, money, and legislation, which means that we need to really dedicate ourselves to strengthening US biodefense efforts.

Zika Virus – What’s New This Week?
Thailand health officials are investigating reports of four microcephaly cases associated with Zika infections. Sanofi was recently awarded $43 million in funding by the DHHS to help push vaccine development. The CDC has issued a travel warning for St. Kitts and Nevis, so you may want to reconsider travel plans if you’re concerned for local transmission in the Caribbean. The flip-flopping regarding the competency of Culex mosquitoes to transmit Zika is still ongoing, but a recent study predicts that 35 species may be able to transmit the disease (7 of which are found in the U.S.). The speculation of Culex capabilities points to a growing need to better understand the vectors of Zika and potentially expand control measures. Finally, after hotly debating for the better part of seven months, Congress has agreed to allocate $1.1 billion to help fight Zika. A CDC whistleblower claims that the agency is using the wrong Zika test. “Robert Lanciotti is chief of the CDC lab responsible for developing tests to diagnose viral diseases such as Zika that are transmitted by mosquitoes, ticks and fleas. Lanciotti was demoted in May after he raised concerns inside and outside the agency about the CDC’s decision in the spring to recommend a new test for Zika. That test is substantially less effective than another established test, he said, and misses nearly 40 percent of Zika infections. He also said the agency withheld information about testing differences from state and local public health laboratories.” The CDC has reported 3,625 cases of Zika in the U.S. as of September 28, 2016.

Latest Analysis of Anthrax From the Era of Soviet Bioweapons
Sverdlovsk is a notorious event in bioweapons history – over sixty people were killed when wind blew deadly anthrax south through the town in 1979. “A Soviet industrial production facility in Sverdlovsk, USSR, proved deficient in 1979 when a plume of spores was accidentally released and resulted in one of the largest known human anthrax outbreaks.” In their analysis, researchers performed genomic sequencing on the autopsy specimens from the event as many have speculated that aside from mass production of the spores, Soviet bioweapon researchers were also manipulating the genes. The good news is that this recent report shows no genetic manipulation. This new analysis is a result of samples (lung and other tissues) brought back from a research investigation in 1992. The genetic analysis revealed that the strain responsible for the deaths in Sverdlovsk is genetically identical to a wild strain found in farms earlier that year. While this brings a sigh of relief, it also supports the reality that anthrax is deadly enough in its natural state and will most likely be the biological weapon of choice among terrorists.