The U.S. Election has concluded and whether your candidate is now our presidential elect or you’re just glad it’s all over, here’s something to celebrate – President Obama signed an executive order last week, cementing the GHSA as a national, presidential-level priority. Commitment to GHSA and fighting outbreaks on a global scale is a huge step forward to combating the health crises we’ve seen and will continue to battle in the future. Since researchers recently debunked the myth of Gaëtan Dugas as a primary source for HIV/AIDS in the U.S., check out more stories regarding the misunderstood “patient zero”.  World leaders are starting to realize that the antibiotic clock is ticking away.

Trump and the Issues Within Science
Donald Trump is the new president elect, but where does he stand on issues like Zika? Here’s a compilation of sources that cover his comments and plans for some of the top issues in science. NPR is looking at his comments on global health and humanitarian aid, while some are trying to figure out what Trump’s administration will mean for them and the need for a transition team tutorial. STAT is asking five questions regarding what the Trump administration will mean for science. Sources close to the Trump campaign have stated that two of the “best-known climate skeptics will lead his U.S. EPA transition team“.

It’s Time to Modernize the BWC
GMU Biodefense graduate program director and professor, Gregory Koblentz teamed up with Filippa Lentzos to discuss why it’s so important for the BWC to modernize. They tackle the reality that while the convention isn’t failing, it’s definitely not flourishing. Despite its dedication to ban a whole class of weapons, the BWC is a somewhat toothless dog. “It lacks a dedicated forum to assess treaty implications of scientific advances, a robust institutional capacity, organized means of helping member nations meet their obligations, provisions for verifying compliance, and an operational role to respond in cases of a serious violations. The upcoming review conference provides a welcome opportunity to begin rectifying some of these shortcomings.” Koblentz and Lentzos point to the consistent challenges of science and technology reviews. Despite a rapidly evolving industry, the BWC hasn’t been able to keep up and maintain an international forum for the debates that are needed. Lagging behind the biotech times means the BWC is running the risk of irrelevance, not to mention the slow shift from the convention towards UNSCR 1540. In this climate, it doesn’t help that there is an even greater need for transparency. Biodefense programs have surged the last two decades, which means that transparency is increasingly important to ensure these programs aren’t biosecurity risks or being perceived as threats and becoming justifications for initiated offensive programs. The reform process is pivotal and this includes organizing a review of relevant S&T developments more systematically, renewing the mandate of an implementation unit, and setting up an Open-Ended Working Group on Providing Reassurance to encourage transparency and engagement in peer review exercises. “The Eighth Review Conference provides an opportunity to revitalize the bioweapons treaty by taking concrete actions to expand its relevance, enhance its capacity to review developments in science and technology, and strengthen the confidence of nations in the peaceful intentions of their fellow treaty members.”

RevCon began this week in Geneva and you can catch the U.S. opening statements by Thomas Countryman, Acting Under Secretary for Arms Control and International Security. You can also read Mr. Kim Won-soo’s remarks as High Representative for Disarmament Affairs. The International Committee of the Red Cross (ICRC) vice president, Christine Beerli, has also commented, noting that “States Parties should not become complacent; it remains their collective and individual responsibility to ensure that the treaty is implemented effectively. Over the past five years of annual meetings, a great deal of information has been shared and many proposals have been made on how to implement the treaty and improve its effectiveness. Disappointingly, however, there has been little collective agreement.” RevCon experts will also be focusing on new threats that may arise from technology. Guinea just became the 178th State Party to the BWC! 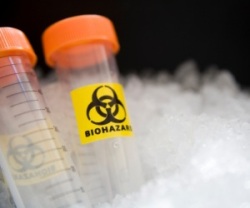 NSABB Meeting on DURC and Other Hot Topics
On Friday, the National Science Advisory Board for Biosecurity (NSABB) hosted a call to review policy updates, new activities, updates from the working group on institutional oversight of the life sciences DURC policy stakeholder engagement, and updates from the Blue Ribbon panel that is currently reviewing the 2014 NIH variola incident. The conference call was fast-paced but covered substantial ground – most of it you can find on the Power Point slides. The policy updates focused on initiatives to strengthen biosafety/biosecurity stewardship. The 2016 NSABB report recommended additional, multidisciplinary evaluation prior to funding decisions and appropriate, ongoing oversight if funding were given to projects. It was noted that this is a particularly exciting time for science as we’re seeing so many advancements in human health, however the applications of these technologies are testing the oversight and policies we currently have in place to ensure science is performed safely (and securely). While they may or may not all be under the purview of the NSABB, the emergence of CRISPR and evolution of genomic sequences and gene drive techs, and abilities to create next gen of chimeras – are all examples of biotech that are evolving very rapidly and we may need to rethink how they fit our current policy and framework. NSAAB has been a part of the DURC conversation with policy focus on research responsibilities and institutional approaches. NSABB is also working on how to increase and approach stakeholder engagement in DURC polices. There were several listed strategies and topics, ranging from regional meetings at universities or panel sessions at conferences like ASM and ASV. The biggest focus was on getting dialogue and metrics across institutions, not to mention the need for feedback to evolve an objective oversight system. The Blue Ribbon panel is working on the review of the NIH variola incident but they did note that the event was handled very well and while there were obvious gaps, they were all addressed and that the interagency work between the FBI, NIH, and CDC went very smoothly.

Sverdlovsk, Three Mile Island, and Government Oversight of Biological Safety
Greg Witt is talking to us about government oversight of biological research and the lessons learned from the Three Mile Island nuclear accident (did I mention that Greg is a nuclear systems engineer?). Pointing to the biosafety failures that have happened recently (remember that time a Pasteur Institute employee improperly took MERS samples on a commercial airline???), Greg pulls together the pieces to paint a bigger mosaic of systemic failure to properly control biological agents. Pointing to similarities between these events (they even happened days apart) he notes that “both were caused, in large part, by errors in maintenance: at Sverdlovsk, technicians neglected to replace an exhaust system filter, while at TMI, staff had isolated an auxiliary feedwater pump during routine maintenance in violation of US Nuclear Regulatory Commission (NRC) rules.”

The Glamor of Bad Science 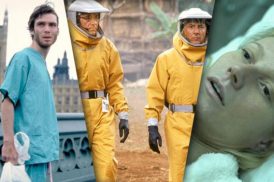 Yours truly is talking about the disparaging addiction we have to dramatic science. I’m a fan of any movie that involves an outbreak, but the truth is that an overwhelming majority of these films depict infectious disease outbreaks so outrageously and dramatically, they have become anti-science. After watching the latest, Inferno, it became increasingly apparent that we’ve created a false threshold for science, specifically infectious diseases, in film. By painting the picture of diseases and outbreak response like that of Outbreak, I Am Legend, and more, we’re creating an increasingly de-sensitized culture. The result of this de-sensitization means that it takes a lot more for people to take infectious disease outbreaks seriously in real life. It’s not a genetically engineered airborne organism that will make flesh rot? Meh – not that big of a deal. Our love of bad infectious disease science in film and television could easily create a culture of poor public health support.

Ebola Was Just the Beginning…Are We Ready?
Peter Piot, Director of the London School of Hygiene and Tropical Medicine, is highlighting the realities that we simply aren’t ready for the next big virus epidemic. Piot discusses his work during the early days of Ebola in the 1970s, pointing to the challenges of attempting to figure out a novel virus while trying to put out the fires of an outbreak. Describing the 2014 outbreak as a perfect storm, he notes that the WHO response was too slow to act. The globalization of our interconnected world has made the capabilities of an outbreak much greater than 50 years ago. “Piot also believes there will be a ‘Big One’, a big influenza, similar to the likes of the Spanish Flu in World War One and we’re not quite ready for it. Yet. ‘Are we ready?’ Piot asked. ‘A little bit better than a few years ago but we’re not yet up to the job. We can’t afford to wait but we have a plan, and that’s the good news. The world has learnt from the problems of mobilisation around Ebola and we are now in a better situation; there is better technology to allow for more rapid diagnosis’.” Piot stresses the importance of investment in infrastructure, stronger global governance, and vaccine development incentives.

All Things Zika
The Florida Health Department has released their Zika updates here. PAHO has recommended that Bolivian women delay pregnancy to avoid Zika. “Fernando Leanes, PAHO representative in Bolivia, said at a press conference that it was one of several advised measures to avoid the proliferation of microcephaly cases. ‘The epidemic of Zika, from what we have seen in other countries, will have a rise and fall in Bolivia. Therefore, there are options such as delaying the decision to get pregnant in areas where Zika is spreading. This will avoid the dreaded microcephaly and the complications it represents,’ explained Leanes.” An $18 million plan was just announced to release Zika-resistant mosquitoes into urban areas of Colombia and Brazil.  “A swarm of Aedes Aegypti mosquitoes–the species that transmits dengue, yellow fever, chikungunya and Zika, have been modified to carry a bacterium called Wolbachia pipientis, which inhibits their ability to spread the viruses. Scientist released these ‘good mosquitoes’ in Brazil as part of a successful international program called ‘Eliminate Dengue’.” Many researchers are wondering why Colombia has had such few Zika-associated birth defects. They are the second largest outbreak in the world, yet have much fewer cases of microcephaly than Brazil. Researchers have noted that adult women in Puerto Rico were significantly more likely to develop Zika than men. The CDC has reported 4,175 cases of Zika in the U.S. as of November 9th, 2016.