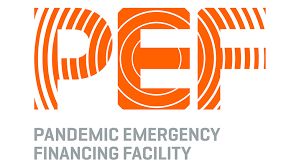 Pandemic Bonds – Designed to Fail Ebola
Is the World Bank’s funding approach to outbreak response hurting the DRC during their fight against Ebola? Olga Jones discusses how the Pandemic Emergency Financing Facility (PEF) works and how it is ultimately helping investors but not health security. “The World Bank has said that the PEF is working as intended by offering the potential of ‘surge’ financing. Tragically, current triggers guarantee that payouts will be too little because they kick in only after outbreaks grow large. What’s more, fanfare around the PEF might have encouraged complacency that actually increased pandemic risk. Following false assurance that the World Bank had a solution, resources and attention could shift elsewhere. Rather than a lack of funds, vigilance and public-health capacity have been the main deficiencies. When governments and the World Bank are prepared to respond to infectious-disease threats, money flows within days. In the 2009 H1N1 influenza outbreak in Mexico, clinics could diagnose and report cases of disease to a central authority that both recognized the threat and reacted rapidly. The Mexican government requested $25.6 million from an existing World Bank-financed project for influenza response and received the funds the next day.” Jones notes that “the best investment of funds and attention is in ensuring adequate and stable financing for core public-health capacities. The PEF has failed. It should end early — and IDA funds should go to poor countries, not investors.”

Maximizing Opportunities for US Bioeconomy Growth and National Security with Biology
“Recently, the Johns Hopkins Center for Health Security and Gingko Bioworks convened key science, technical, academic, and industry experts for a meeting to solicit stakeholder input on specific ways that national policy can strengthen the US bioeconomy. Their recommendations are synthesized in a summary report, released today. Participants considered the benefits to the US if its bioeconomy were to be expanded; examined the current health of the US bioeconomy; discussed existing US government programs, policies, and initiatives related to the bioeconomy; and identified priorities for strengthening the US bioeconomy.”

DRC Ebola Outbreak Updates
Beni and Madnima continue to be hotspots for the disease as they have accounted for 60% of recent cases, not to mention ongoing violence and unrest. “The security situation increased in volatility as a result of a surge in attacks from suspected ADF elements in Beni Health Zone and successive demonstrations,” the WHO said. “A recent attack in Mbau on the Beni/Oicha axis led to the deaths of six civilians, including a prominent civil society leader. EVD operations in the area were temporarily suspended with resumption pending improvement in the security situation.” On a more positive note, two outbreak treatment trials are showing promise. “An independent monitoring board meets periodically to review safety and efficacy data, and at their Aug 9 review recommended that the study be stopped and all future patients be randomized to receive either Regeneron, an antibody cocktail, or mAB 114, an antibody treatment developed from a human survivor of the virus. The other two drugs involved in the original trial were zMapp, which in an earlier trial didn’t show  statistically significant efficacy but performed better than standard care alone, and Remdesivir, an antiviral drug. Earlier in the outbreak, an ethics committee in the DRC approved the four experimental treatments for compassionate use, and patients at all of the country’s Ebola treatment centers have had access to them, along with safety monitoring. However, the formal clinical trial has been under way since November at four treatment centers with the help of the Alliance for International Medical Action (ALIMA), the International Medical Corps (IMC), and Doctors Without Borders (MSF). At a media telebriefing today, Anthony Fauci, MD, director of the National institute of Allergy and Infectious Diseases (NIAID), said Regeneron was the drug that crossed the efficacy threshold, triggering a pause in the study. And he said the group recommended proceeding with mAb 114, because there were only small differences in the data between the two drugs.” 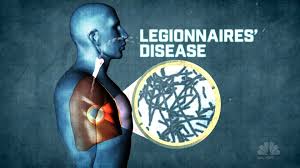 Combatting Legionella and Carbon Footprints
Can we reduce the burden of Legionnaire’s disease while reducing our carbon footprint? GMU Biodefense PhD student and infection preventionist Saskia Popescu discusses a new strategy to preventing this water-based bug. “Typical health care control methods range from routine sampling to temperature control measures, like keeping cold water below 20°C and hot water at a minimum of 60°C. This has been the tried and true approach to Legionella control since there will always be some small level of the bacteria in water and the ultimate goal is to avoid growth that can cause human disease. Investigators in the United Kingdom recently published a study assessing a large health care facility’s approach to reducing Legionella risk through use of copper and silver ionization at hot water temperatures that were deliberately reduced to 43°C within a new water system. The research team collected 1589 water samples between September 2011 and June 2017, looking for not only Legionella bacteria, but also copper and silver ion levels, and total viable counts. To also assess the internal costs and function of this system, investigators collected data on energy consumption and water usage.”

2015 HPAI Outbreaks in the US – Insight Into Airborne Transmission
“The unprecedented 2015 outbreaks of highly pathogenic avian influenza (HPAI) H5N2 in the U.S. devastated its poultry industry and resulted in over $3 billion economic impacts. Today HPAI continues eroding poultry operations and disrupting animal protein supply chains around the world. Anecdotal evidence in 2015 suggested that in some cases the AI virus was aerially introduced into poultry houses, as abnormal bird mortality started near air inlets of the infected houses. This study modeled air movement trajectories and virus concentrations that were used to assess the probability or risk of airborne transmission for the 77 HPAI cases in Iowa. The results show that majority of the positive cases in Iowa might have received airborne virus, carried by fine particulate matter, from infected farms within the state (i.e., intrastate) and infected farms from the neighboring states (i.e., interstate). The modeled airborne virus concentrations at the Iowa recipient sites never exceeded the minimal infective doses for poultry; however, the continuous exposure might have increased airborne infection risks. In the worst-case scenario (i.e., maximum virus shedding rate, highest emission rate, and longest half-life), 33 Iowa cases had > 10% (three cases > 50%) infection probability, indicating a medium to high risk of airborne transmission for these cases. Probability of airborne HPAI infection could be affected by farm type, flock size, and distance to previously infected farms; and more importantly, it can be markedly reduced by swift depopulation and inlet air filtration.”

Serbia Suspects African Swine Fever – Implications for Imports
One Health in a nutshell – the economic implications of zoonotic diseases like African swine fever (ASF). “Serbia has reported four suspected outbreaks of African swine fever among backyard pigs, the Paris-based World Organisation for Animal Health (OIE) said on Monday, prompting neighbouring countries to ban imports of the animals. Three of the cases were detected in the Belgrade area and one in the district of Podunavski, the OIE said, citing a report from Serbia’s Agriculture Ministry. The suspected cases of the disease killed seven pigs while another 114 were slaughtered, the report showed. Bosnia, Montenegro and North Macedonia banned imports of pigs, wild boar and related products from Serbia to prevent the spread of the outbreak, the countries’ veterinary authorities said.”

A New Drug to Tackle Extensively Drug-Resistant TB
XDR-TB is a disease that causes significant health issues on a global scale and the effort to try and treat can be costly. A “new drug, pretomanid, has been approved by the US Food and Drug Administration (FDA) for use in a treatment for XDR-TB. Amazingly, it’s the first time that a treatment for XDR-TB infections has been recognized for actually working—no other treatment has demonstrated any consistent effectiveness. Up until now, people with XDR-TB had to suffer through up to two years or more of toxic treatment that worked only one third of the time. Today’s news means that treatment time is drastically reduced—to six months—while the effectiveness of treatment is significantly improved. We welcome this approval as it shows the real-world impact of US government investment in finding new cures and vaccines for the world’s deadliest diseases. The developer of pretomanid, the nonprofit organization TB Alliance, could not have succeeded in advancing this breakthrough without support from the American people, through the US Agency for International Development (USAID) and National Institutes of Health (NIH).”