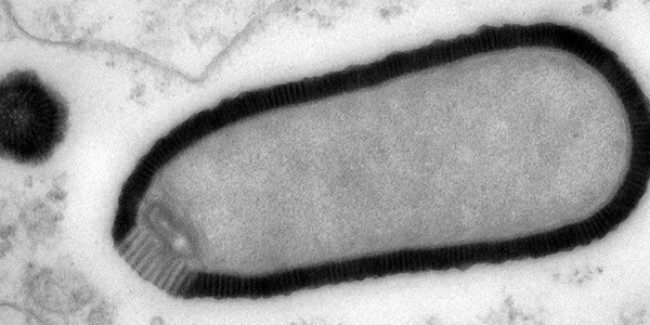 Miss us? Good news – the Pandora Report weekly update is back! With a new school year comes new faces and some organizational change-up. Dr. Gregory Koblentz is now the Senior Editor of Pandora Report and Saskia Popescu (yours truly) will be taking over from Julia Homstad as the Managing Editor. I come from the world of epidemiology, public health, and infection control. Having just started in the GMU Biodefense PhD program, I look forward to venturing down the rabbit hole that is the Pandora Report!

There’s been some pretty fascinating news over the past few weeks, so let’s try and catch up…

Our very own Dr. Gregory Koblentz, director of the GMU Biodefense program, was interviewed by USA Today regarding the lab security issues that now involve mislabeled samples of plague. “Since there are now concerns about the biosafety practices at multiple DoD labs there needs to be an independent review of the military’s biosafety policies and practices,” Koblentz said Thursday. He said the Critical Reagents Program is an important biodefense resource. “It’s crucial that all problems with handling and shipping inactivated samples be resolved quickly so the program can resume its important role in strengthening U.S. biopreparedness.”

Reviving a 30,000-Year-Old Virus…Isn’t This How the Zombie Apocalypse Starts?

You may recall last year that French scientists stumbled across a 30,000-year-old virus frozen in the Siberian permafrost. Considered to be a “giant virus” (doesn’t that give you a warm, fuzzy feeling inside?), this is actually the fourth ancient, giant viral discovery since 2003. The new plan is to try to revive the virus in order to better study it.

Dr. Claverie told Agency France-Presse, “If we are not careful, and we industrialise these areas without putting safeguards in place, we run the risk of one day waking up viruses such as smallpox that we though were eradicated.” Given the recent concerns over biosafety lab specimen transport, we’re all curious to see how this new organism, coined “Frankenvirus”, turns out!

Cucumbers and A Multi-State Salmonella Outbreak

CDC updates regarding the Salmonella Poona outbreak reveal the brevity of the potentially contaminated product. As of September 9th, there have been two deaths, 70 hospitalizations, and 341 confirmed cases across 30 states. Perhaps the most worrisome is that 53% of affected individuals are children under the age of 18. While the produce company, Andrew & Williamson, issued a voluntary recall of their “slicer” or “American cucumber on September 4th, there have been 56 additional cases reported since then. Isolated samples from cucumbers in question were found in Arizona, California, Montana, and Nevada. The California Department of Public Health issued a warning and pictures of the affected cucumbers.