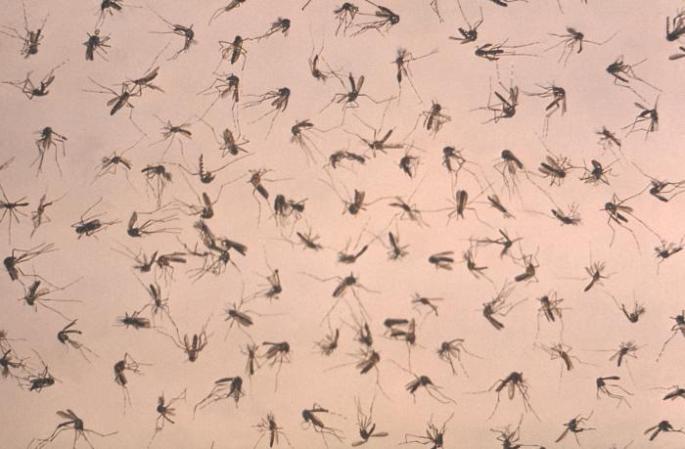 From National Geographic: “Gregory Koblentz of George Mason University’s biodefense graduate program remains unconvinced of the offensive nature of the Dachau work. ‘Research to assess the threat posed by different biological agents and vectors, such as May’s research on mosquitoes and malaria, is especially hard to categorize as offensive or defensive,” Koblentz says. “Even if May’s intent was offensive, it was very preliminary-many steps away from actually producing a viable insect-borne biological weapon.’“

Dr. Koblentz was quoted in a Voice of America article on the destruction of Syrian chemical weapons.

From Voice of America, OPCW Plan for Destroying Syrian Chemical Weapons Complex, Chancy –  “Gregory Koblentz, Deputy Director of the Biodefense Program at Virginia’s George Mason University, says the initial phase of the plan involves transporting the chemicals overland across Syria. ‘The chemicals are going to be packaged in Syria and then shipped overland to the city of Latakia, which is a major port on the Mediterranean,’ Koblentz said. ‘And then the chemicals will be picked up by Norwegian and Danish ships, which will then transport them to Italy.’ There, the chemicals will be loaded on an American ship which has been outfitted with equipment to neutralize the chemicals. Koblentz says that while the first stage of the plan is risky because it involves transporting chemicals across a country at war, he is optimistic the chemicals will make it to Latakia securely. ‘Up until now, there’ve not been any significant reports that the conflict has interfered with the consolidation of the chemicals and the OPCW’s actions on the ground,’ Koblentz said. ‘So while the route from Damascus to Latakia might be somewhat troublesome, the rebels so far have cooperated with the OPCW, and it’s in their interest to have these chemicals to get out of the country.'”

GMU Biodefense Deputy Director Dr. Gregory Koblentz has a slew of new publications out of topics ranging from the nexus of bioweapons and cybersecurity to new frameworks for understanding chem/bio threats.

His article, “Regime Security: A New Theory for Understanding the Proliferation of Chemical and Biological Weapons”, is available in this month’s Contemporary Security Policy. Here’s the abstract:

“The literature on the proliferation of chemical and biological weapons (CBW) emphasizes the role of external security threats as the primary motive for states to acquire and use these weapons. As recent events in Syria demonstrate, governments lacking political legitimacy may use these weapons to repress domestic challenges to their rule. The concept of regime security provides a theoretical framework for understanding how the threat of military coups, insurgencies, or domestic rivals influences the acquisition and use of CBW by authoritarian regimes. The cases of South Africa and Iraq illustrate how a government’s concerns about internal security threats can impact its CBW proliferation decision-making. Omitting regime security as a factor in CBW decision-making may lead to the adoption of inappropriate nonproliferation and deterrent strategies. In light of Syrian President Bashar al-Assad’s use of chemical weapons against his own people, developing a deeper understanding of the influence of regime security on the acquisition and use of chemical and biological weapons should be a priority.” (available here)

Abstract – “Since the beginning of the twenty-first century, two new threats have received increased attention: biological warfare (BW) and cyber warfare. While it may appear that these two threats have little in common, they share several characteristics that have significant implications for international security. This article examines the two modalities side-by- side to review these common characteristics. In light of these commonalities and due to the extensive experience and rich history of dealing with BW threats, strategies for enhancing cyber security could advance more quickly by drawing meaningful insights from the biological warfare experience, such as the prospect of developing constraining international norms.” (available here)

Finally, Koblentz has a new review out  in Foreign Affairs, on Eric Schlosser’s new book, Command and Control: Nuclear Weapons, the Damascus Accident, and the Illusion of Safety.  The first paragraph is below – read the rest here.

Between 1950 and 1980, the United States experienced a reported 32 “broken arrows,” the military’s term for accidents involving nuclear weapons. The last of these occurred in September 1980, at a U.S. Air Force base in Damascus, Arkansas. It started when a young technician performing routine maintenance on a Titan II missile housed in an underground silo dropped a socket wrench. The wrench punctured the missile’s fuel tank. As the highly toxic and flammable fuel leaked from the missile, officers and airmen scrambled to diagnose the problem and fix it. Their efforts ultimately failed, and eight hours after the fuel tank ruptured, it exploded with tremendous force. The detonation of the missile’s liquid fuel was powerful enough to throw the silo’s 740-ton blast door more than 200 yards and send a fireball hundreds of feet into the night sky. The missile’s nine-megaton thermo­nuclear warhead — the most powerful ever deployed by the United States — was found, relatively intact, in a ditch 200 yards away from the silo.

Dr. Gregory Koblentz, Deputy Director of the Biodefense Graduate Program, was featured in three pieces on Syria last week. Dr. Koblentz was quoted in an USA Today article, “Syria chemical weapons plan poses unprecedented challenge“. Speaking to the specific challenges the Syrian case presents, Koblentz explained that “[t]here has never been an effort to disarm an entire country of its chemical weapons during a civil war.” Dr. Koblentz was also featured in an interview with CTV Canada and CCTV (China).

Dr. Gregory Koblentz was quoted in two articles on Syria yesterday. In the first piece in the New Republic, Dr. Koblentz discusses the potential use of Tomahawk missiles (pictured above) should the US decide to pursue military action in Syria.

“The advantage to Tomahawks, according to Gregory Koblentz, a George Mason University political scientist who specializes in weapons of mass destruction, is they are highly accurate, fly low to the ground (and can therefore typically evade air defenses), and can be fired from ships hundreds of miles away (hence the frequently used term “lobbed”)—thereby putting American soldiers at very little risk. The downside to Tomahawks is they pack a comparatively small explosive punch and, particularly because they cannot be reprogrammed in-flight, are best used on stationary targets—an especially problematic proposition given that the regime will likely have had several weeks to move whatever they want to move to different locations.”

In the second piece in Voice of America, Koblentz is quoted on the likelihood of Syria eliminating its chemical weapons stockpile.

“‘I don’t think the Syrian regime is serious about actually turning over all of their chemical weapons, and even if they were to do so in the middle of a civil war would make it virtually impossible for any kind of international group to conduct their work safely and securely. So I don’t see this happening anytime soon, if ever,’ said Koblentz.”

Read the New Republic piece here, and the Voice of America piece here. 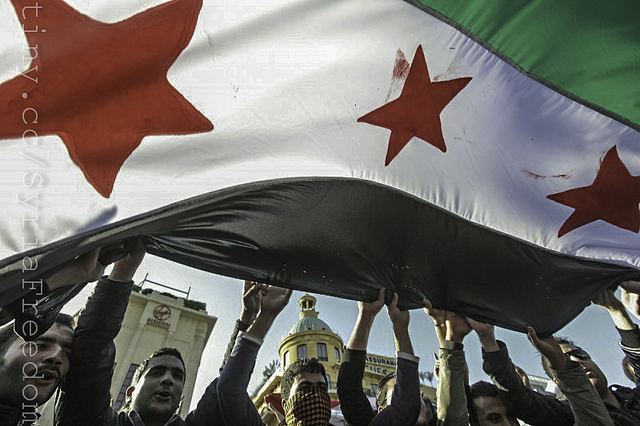 Dr. Koblentz was featured in two radio interviews last Friday. The first interview, “Why Do Chemical Weapons Evoke Such A Strong Reaction?” appeared as a part of NPR’s All Things Considered.  In the interview, Dr. Koblentz discusses the implications of chemical weapons as “dreaded risks”. Listen to the timely piece here. The second piece, “Syria’s Chemical Arsenal” was featured during the Background Briefing with Ian Masters, and is available here.

Dr. Gregory Koblentz, GMU Biodefense Deputy Director and Stanton Nuclear Security Fellow at CFR,  has made a slew of media appearances recently discussing all aspects of the developments in Syria, including interview with Al Jazeera, two with CTV, and SunTV. His interview last Satruday with CCTV America on the options available to UN inspectors in the embattled state is particularly incisive – watch it below.