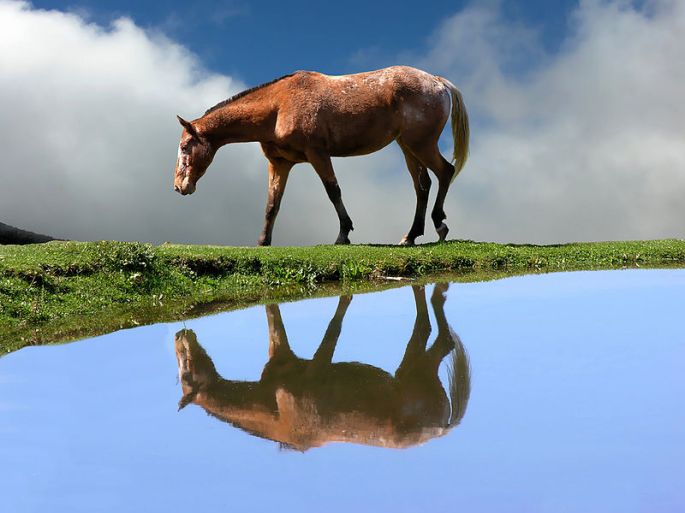 Horse owners in Australia are reluctant to vaccinate their horses against an emerging viral illness capable of sickening humans.

Hendra virus, an emerging infectious disease of horses and humans, has been responsible for the death of 4 people and dozens of horses in Australia since its discovery during a 1994 outbreak of an acute respiratory illness among horses and stable workers in Queensland, Australia. Laboratory tests performed during that outbreak confirmed horses and humans became sick from identical viral agents.

An epidemiologic investigation revealed flying foxes of the Pteropus genus act as Hendra virus reservoirs. Health officials have hypothesized that horses contract the illness through inadvertent consumption of infected bat urine. Hendra virus spreads to humans who come into contact with body fluids, tissues, or excretions of infected horses. Those who work closely with horses, such as equine veterinarians and stable hands, are most at risk of Hendra virus infection.

Early on, researchers discovered Hendra virus glycoproteins could be exploited as an immunization strategy. Following a human Hendra virus death in 2009, and an exposure in 2010, a vaccine for horses was released in 2012 by Zoetis, Inc. As an animal vaccine, developers were spared arduous human pharmaceutical testing protocols and quickly released the product.

The vaccine, called Equivax HeV, is unprecedented in preventative medicine. Not only is it the first vaccine licensed and commercially available to prevent illness from a BSL-4 agent, a pathogen requiring the highest laboratory safety protocols, but it is also the first veterinary vaccine used to transitively prevent illness in humans.

Similar to how smallpox and measles vaccination prevents spread of their respective illnesses, Hendra-vaccinated horses are less likely to transmit Hendra virus to humans by reducing viral shedding. Equivax HeV provides Hendra protection for the horse and the people who interact with it.

Despite vaccine advantages, horse owners say they cannot afford it. A single administration can cost upwards of $200, and booster administration is needed every 6 months for the life of the horse to maintain immunity. Many are unwilling to pay. As a result, only 11% of horses in Australia are estimated to have received the vaccine.