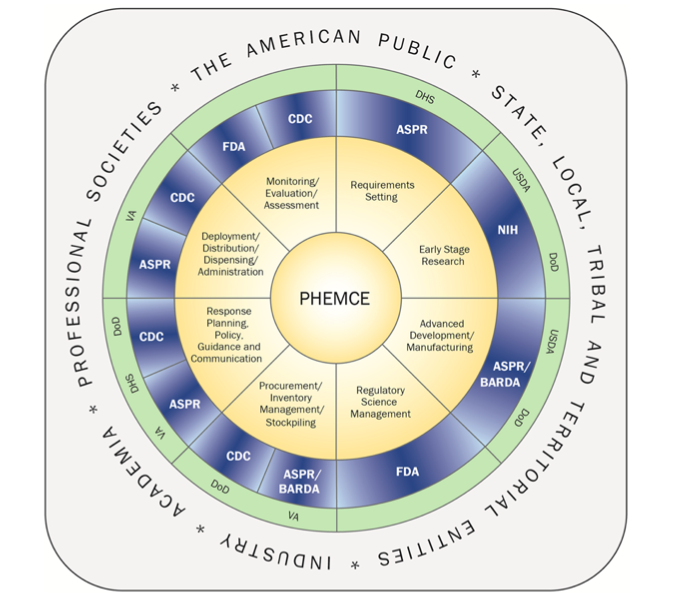 Make sure to get the CRISPR a cappella song stuck in your head for not only a catchy tune, but one that educates you on the genome editing tool! In light of the recent sanctions, GMU Biodefense Director, Gregory Koblentz is discussing why holding the Assad regime accountable for its use of chemical weapons is likely a lost cause.

Recommended Policy Guidance for Potential Pandemic Pathogen Care & Oversight
On Monday, the White House Office of Science and Technology Policy (OSTP) released their report “Recommended Policy Guidance for Departmental Development of Review Mechanisms for Potential Pandemic Pathogen Care and Oversight (P3CO).” It would seem that P3CO is the new term for GoF research of concern (or GoFROC). Although, as Megan Palmer of Stanford noted, it’s going to be a challenge not calling it the C3PO policy. Adoption of these recommendations will satisfy the requirements for lifting the current moratorium on certain life sciences research that could enhance a pathogen’s virulence and transmissibility to produce a potential pandemic pathogen (an enhanced PPP). This policy follows the 2016 NSABB Gain of Function (GoF) research oversight recommendations, which emphasizes the importance of domestic and international stakeholder input, tracking of lab incidents, etc. One of the suggestions was to refer to the GoF research (meeting the specific criteria) as GoFROC as to avoid lumping all GoF research within the same category of concern. Per the press release, “First, HHS will ask the NSABB to continue to provide advice on the oversight of the creation, transport, or use of enhanced PPP.  After HHS has reviewed its paused projects and made decisions about whether and how those projects will proceed, NSABB will review the process employed by HHS and provide advice, if necessary. Continued NSABB input will be essential to ensuring robust oversight of these projects. Further, discussing the department-level review process with NSABB will promote transparency and provide valuable forums for continued public dialogue. Second, given that studies involving enhanced PPP are often described as ‘dual use’ research, HHS is currently conducting a review of the implementation of policies for the oversight of dual use research of concern (DURC). HHS has asked NSABB to host a series of regional stakeholder meetings to gather information about the implementation of the DURC policies, and it will also solicit feedback more broadly related to their implementation.” Some of the proposed suggestions include risk mitigation and project oversight comments like “modifying the design or conduct of the project” or “if the risks posed by the project cannot be adequately mitigated with these measures, agencies should determine whether it is appropriate to: request voluntary redaction of publications or communications resulting from the project.” The plan will help U.S. agencies decide if they want to fund projects that will enhance the virulence and transmission capacity of dangerous organisms, which will hopefully end a two-year moratorium on GoF work regarding MERS, SARS, and H5N1.

Thinking About Bioterrorism with Schelling’s ‘Thinking About Nuclear Terrorism”
GMU Biodefense MS student, Greg Mercer is looking at bioweapons through the lens of Thomas Schelling. Professor Schelling, who passed away in December, was an economist and Nobel laureate famous for his work on nuclear strategy and coercive diplomacy. Mercer uses Schelling’s 1982 article, Thinking About Nuclear Terrorism, to consider how he might have addressed the threat of biological weapons in the hands of terrorists. “As with nuclear weapons, it is immensely difficult to acquire and weaponize pathogens. Using them to coerce might be even harder. There are a very few distinct examples of bioterrorism. The Aum Shinrikyo cult, in addition to their sarin gas attacks on the Tokyo subway, pursued biological weapons. This was never viable, thanks to a number of mistakes, including using the wrong strain of anthrax.”

Whole Genome Sequencing in Developing Countries
The WHO/Pan-American Health Organization are working towards utilizing Whole Genome Sequencing (WGS) as a surveillance tool in developing countries. Experts will be meeting this week in DC to discuss the applications and practical advice needed by the recipient countries of such mechanisms. “WGS has the potential to change the way we detect, assess, investigate, manage, and monitor microbiological hazards and to improve the treatment of people suffering from infectious diseases. It allows for the identification and characterization of microorganisms with a level of specificity not previously possible. The technology provides significant cross-sector potential, enabling uniform typing systems across animal, food and human sectors.” This will be a new roadmap for WGS in developing countries, as its history has been primarily research based. While many agree that there are several roadblocks ahead, the potential for application is promising however, it needs the correct leadership to maintain efficacy.

Pandemics, Bioterrorism, and Global Health Security on LinkedIn
Looking for a LinkedIn group that is dedicated to analyzing the challenges facing the world at the nexus of health, science, and security? We’ve got just the one – Pandemics, Bioterrorism, and Global Health Security. The group’s purpose is to serve as a unique forum for discussions and debate on the critical issues on global health security. Nearing 3,000 members, you’ll find a diverse and engaged group of people who are looking to tackle the challenges that are posed by biological threats, regardless of source. This group is devoted to bridging the gaps between science and policy and between health and security to develop new strategies for reducing the risks posed by transnational threats to global health security. It is hoped that this group can serve as a means of keeping scientists informed about the latest policy developments in the global health security domain as well as to educate practitioners about the policy implications of emerging infectious diseases and advances in the life sciences and biotechnology.

Let’s start with a bit of a good news – for the first time, federal injury reports will include healthcare-associated antibiotic resistance bacteria infections in attempts to set penalties for healthcare facilities. The fourth installment in Reuter’s investigational series regarding antimicrobial resistance is out and it brings the issue full circle. Focusing on the costs of AMR, the lack of new antibiotics, and personal accounts, this series is everything we need to paint the full picture of the antibiotic abyss. The fourth installment, Deadly Silence, is particularly fascinating as it looks at the problem from a healthcare reporting perspective. Coming from this infection preventionist, it isn’t surprising to see the lack of required AMR reporting across the U.S. however, it is shocking to see the general indifference towards changing it. Focusing on long-term care facilities (like nursing homes or rehab centers), it becomes increasingly apparent that they’re uniquely vulnerable to outbreaks and have little incentive or responsibility to report cases or events. “As Reuters reported in September, the Centers for Disease Control and Prevention, the national public health monitor, lacks regulatory power to track superbug deaths. It also lacks the authority to enforce outbreak reporting. Instead, it sometimes assists states with their outbreak investigations, a spokesman said, but each state decides which diseases must be reported.” The reporting issues are especially important because it’s not just that we have a problem with lack of new antibiotics or a growing number of antimicrobial resistance, or even a growing usage of antibiotics among humans and animals, but also that we lack the oversight and enforcement to ensure healthcare facilities monitor the problem and do something about it. This gap means that we have little true understanding for not only the depth of the issue, but also the breadth of it. Simply put, we need a new game plan for combating the growing threat of antibiotic resistance.

PHEMCE Strategy & Implementation Plan
HHS recently released their 2016 Public Health Emergency Medical Countermeasures (PHEMCE) Strategy and Implementation Plan (SIP). The report provides updates and a blueprint regarding their plans to enhance national health security via medical countermeasures (MCM). Within the PHEMCE SIP, you can find a summary of their major accomplishments, activities currently being pursued, recap of the advanced research and development and procurement awards, and more. “In FY 2015, BARDA continued to work closely with NIH and DoD to monitor the progress of programs supported under research and development and transition promising candidates. In FY 2015, BARDA re-issued the three BAAs to support advanced development of CBRN and Influenza MCMs and the BAA for Innovations. They were modified to align with the 2015 PHEMCE SIP and to address remaining gaps in preparedness as well as address new initiatives such as CARB and EID.”

Zika Outbreak Updates
As Angola reports cases, a new Moderna Therapeutics mRNA vaccine enters clinical trials. “A $54.2 million grant in 2016 from BARDA has supported the development of the vaccine through the scale-up for larger phase 2/3 efficacy trials. Based on the vaccine’s performance and availability of more funding, BARDA may provide up to $125.5 million to further advance the development of Moderna’s vaccine.” On January 11th, the CDC reported a total of 4,866 cases of Zika within the U.S. Physicians have released a photo showing symptoms of the first person to experience local Zika transmission in the U.S.