We know we featured a gallery of plague pictures last week, but the one picture we failed to include was of the bacteria itself. Pictured below is the Yersinia pestis, the bacteria which killed millions by causing plague. While today plague in its bubonic form is easily treated, pneumonic plague has a 100% fatality rate unless antibiotics are administered within 24 hours. 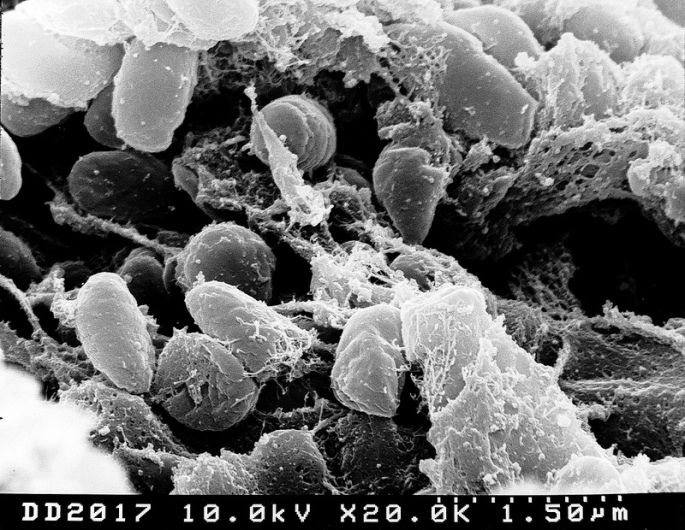