This week in viral wallpaper, we’d like to present…Hantavirus! 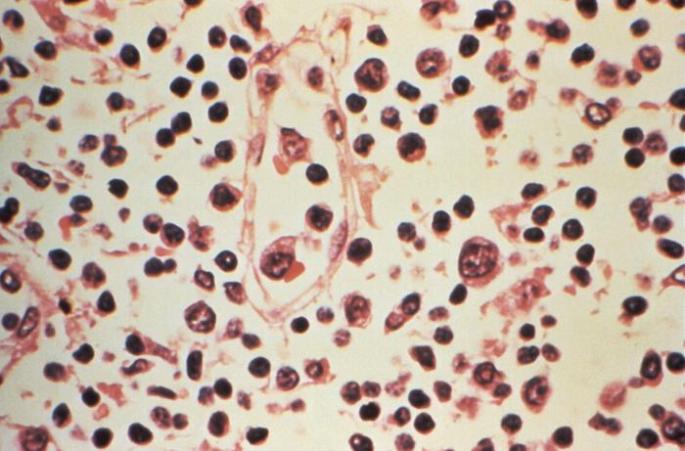 Image and caption from  the CDC: “This image reveals some of the cytoarchitectural features seen in a lymph node specimen that had been extracted from a patient suspected of a Hantavirus illness. Note the concentration of lymphohistiocytic infiltrates, almost all cases have expanded paracortical regions, or T-cell regions with immunoblasts, which sometimes extend into the cortex and into the medulla.”