Happy Thursday! That’s right – you’re getting your weekly dose of biodefense news a tad early, but don’t worry, we’ll be back to our normal schedule next week! Have you registered for the Summer Workshop on Pandemics, Bioterrorism, and Global Health Security? From anthrax to Zika, we’ll be covering all the topics, debates, and threats related to health security. 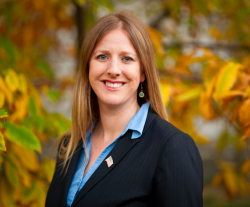 GMU Welcomes New Faculty Member – Dr. Ashley Grant
We’re excited to announce that Dr. Ashley Grant, a lead biotechnologist at the MITRE Corporation, is joining the Biodefense Program as an Adjunct Professor to teach BIOD 620: Global Health Security Policy. Dr. Grant was previously the Senior Biological Scientist at the Government Accountability Office where she led government-wide technical performance audits focused on biosafety and biosecurity issues. Dr. Grant was an American Association for the Advancement of Science (AAAS) Science and Technology Fellow in the Chemical and Biological Defense Program Office in the Department of Defense and also worked at the National Academies of Science on the Committee on International Security and Arms Control. Her work focused on international security, nonproliferation, and medical countermeasures against chemical and biological threats. She completed the Field Epidemiology Course at the Naval Medical Research Center (NMRC) in Lima, Peru and was a Visiting Graduate Researcher at the Instituto Nacional de Enfermedades Virales Humanas J. Maitegui (INEVH) in Pergamino, Argentina. Dr. Grant received her PhD in experimental pathology and a MPH in epidemiology from the University of Texas Medical Branch at Galveston. Her graduate work focused on investigating pathogenesis and potential countermeasures for viral hemorrhagic fevers under biological safety level (BSL)-4 conditions. In addition, she received a MA in National Security Studies from the Naval War College and a BS in Chemistry and a BS in Business Economics and Management from the California Institute of Technology.

Congress Passes the Pandemic and All-Hazards Preparedness and Advancing Innovation Act
On Tuesday, June 4th, the House “passed the Pandemic and All-Hazards Preparedness and Advancing Innovation Act. The bill reauthorizes existing statute governing public health efforts at the Department of Health and Human Services. Additions made by the bill – some of which were recommended by the Blue Ribbon Study Panel on Biodefense – address biodetection, hospital preparedness, medical countermeasures and response. Many of these programs will enable HHS to better defend the nation against biological threats. Both chambers of Congress have passed the bill, and it will now go to President Trump for signature. ‘Naturally occurring diseases and biological weapons continue to endanger our nation,’ said Governor Tom Ridge, Panel Co-Chair. ‘The Panel is pleased to see that Congress addressed 15 of our recommendations in this legislation, which will help the nation better prepare for, detect, respond to, and recover from large-scale biological events, bioterrorism or other biological events’.”

National Biodefense Science Board Public Meeting
“The June 10-11, 2019 meeting of the National Biodefense Science Board will focus on early results and progress reports from four new programs that were designed to strengthen disaster health preparedness, response and recovery: the Regional Disaster Health Response System; BARDA DRIVe; ASPR’s new Incident Management Team; One Health; and the National Biodefense Strategy. As part of the evolution of the National Disaster Medical System, NBSB will discuss disaster veterinary medicine and National Veterinary Response Teams. The board will also address issues facing the medical community, including disaster medicine training for community physicians and advance practice physicians and learn about ways to develop and operationalize core competencies for disaster medicine.” 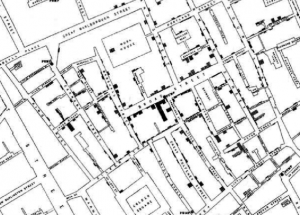 Exploring Lessons Learned from a Century of Outbreaks
Check out the latest from the proceedings of a 2019 NAS workshop on outbreak readiness. “In November 2018, an ad hoc planning committee at the National Academies of Sciences, Engineering, and Medicine planned two sister workshops held in Washington, DC, to examine the lessons from influenza pandemics and other major outbreaks, understand the extent to which the lessons have been learned, and discuss how they could be applied further to ensure that countries are sufficiently ready for future pandemics. This publication summarizes the presentations and discussions from both workshops.” Within this document, you can access sections on global preparedness progress for the next pandemic influenza, building local and national capacities for outbreak preparedness, pandemic vaccine considerations, etc. “The participants in this workshop examined the lessons from major outbreaks and explored the extent to which they have both been learned and applied in different settings. The workshop also focused on key gaps in pandemic preparedness and explored immediate and short-term actions that exhibited potential for the greatest impact on global health security by 2030. Workshop speakers and discussants contributed perspectives from government, academic, private, and nonprofit sectors. This workshop opened with a keynote address and a plenary presentation, followed by three sessions of presentations and discussions. Additionally, panelists, forum members, and attendees were given the opportunity to assemble into small groups and asked to consider potential priority actions and strategies for systematizing and integrating outbreak and pandemic preparedness so that it is a routine activity from the local to global levels.”

Inside Britain’s Top Secret Research Laboratory
Have you ever wanted to tour Britain’s top secret laboratory? If Porton Down has been on your wish list, here’s your chance to get a virtual tour. “The BBC was given access inside Porton Down to see what the highly secretive facility was like and, for the first time ever, entered a cleansed version of a level four laboratory. This level is where the Defence Science and Technology Laboratory team analyse some of the world’s deadliest viruses – Ebola and Marburg.” 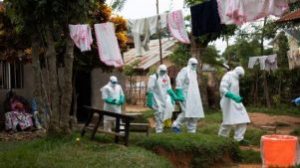 DRC Ebola Outbreak Updates
The outbreak has officially reached 2,000 cases and aid groups in “the region called for pushing the reset button on the response. In its daily update yesterday, the DRC said the outbreak passed the 2,000-case bar on Jun 2. Officials said that, although the landmark is concerning, the health ministry sees some positive signs, including a slight improvement in the security situation, though the situation remains volatile and unpredictable. The ministry added that most incidents related to community resistance have been resolved by community leaders, sensitizers, and psychosocial experts.” For many, the question is still – who is attacking Ebola responders and why? “The first is that local political figures are fomenting and even organizing the attacks as a way of undermining their rivals, presumably officials of the central government or local leaders aligned with them. Many analysts hold that it was actually the national government that set the stage for the use of the Ebola crisis as a political tool, and Gressly largely echoed that account. Last December, he noted, just days before presidential elections, national electoral officials announced that voting would be suspended in the two largest cities in the outbreak zone, Beni and Butembo.” “At least one type of attack appears very much linked: Many of the incidents seem to be outbursts by members of the community who have heard the rumors and believe them. An Ebola team will arrive in a neighborhood to bury a suspected Ebola patient or vaccinate their relatives, and people will throw rocks and chase the team out. Similarly, doctors and nurses at regular health facilities have been threatened by mobs, who are angry that the health workers refer Ebola patients to treatment centers. In one case, a nurse was killed. But there has also been an increase in seemingly well-coordinated assaults by well-armed assailants. More than half-a-dozen times, gunmen have shot up Ebola treatment centers and health facilities where Ebola teams are based, including on April 19, when a group of armed men burst into a hospital where an Ebola team was meeting and killed an epidemiologist with the World Health Organization.”

African Swine Fever and China’s Pork Industry
A highly virulent virus meets a $128 billion dollar industry and we’re not sure which will win. “The virus that causes the hemorrhagic disease is highly virulent and tenacious, and spreads in multiple ways. There’s no safe and effective vaccine to prevent infection, nor anything to treat it. The widespread presence in China means it’s now being amplified across a country with 440 million pigs—half the planet’s total—with vast trading networks, permeable land borders and farms with little or no ability to stop animal diseases.” Despite 50 years of efforts, there has been no vaccine for this devastating disease and “even if China is able to stop the virus transmitting from pig to pig, two other disease vectors may frustrate eradication efforts: wild boars and Ornithodoros ticks. These are the natural hosts of African swine fever virus and are widely distributed in China, though it’s not yet known what role they are playing in spreading the disease there. Zhejiang province, south of Shanghai, has about 150,000 wild boars.”