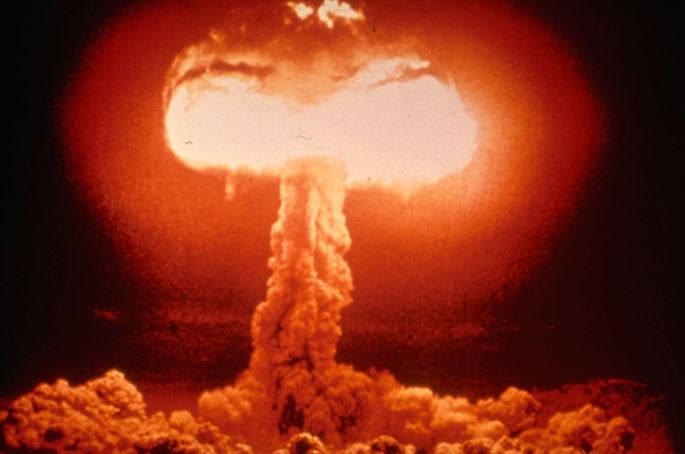 For those of us at Mason, Spring Break is nearing its end. For the rest of us, however, it’s business as usual. This week we’ve got stories about engineering nuclear worries in South Africa, the eradication of guinea worm, the lasting health impacts of Ebola, and other stories you may have missed.

Have a great week, enjoy the longer daylight hours, and we’ll see you back here next weekend!

Located in a former silver vault at a nuclear research center near Pretoria, South Africa, is enough nuclear weapons explosive to fuel half a dozen bombs. Roughly 485 pounds of highly enriched uranium exist as remnants of the apartheid regime’s nuclear weapons program. U.S. officials worry that not only does this stockpile give South Africa the theoretical ability to regain its status as a nuclear-weapons state, but the stockpile’s vulnerability makes it a target for terrorist thieves. This isn’t a far-fetched concept, because in November 2007 two teams of raiders breached the fences at the nuclear center, entered the site, and broke into the central alarm station. Obama has urged President Jacob Zuma to transform the nuclear explosives into benign reactor fuel—with U.S. assistance—to no avail.

The Washington Post—“‘The bottom line is that South Africa has a crime problem,” [arms control expert Jon] Wolfsthal said. “They have a facility that is holding onto material that they don’t need and a political chip on their shoulder about giving up that material. That has rightly concerned the United States, which is trying to get rid of any cache of HEU [highly enriched uranium] that is still out there.’”

Tug of War: On the Verge of the Greatest Public Health Triumph of the 21st Century

As people work around the world to eradicate Polio, another public health enemy is about to be eliminated first—guinea worm. This parasite, found in rivers and streams, enters the body in larval form through contaminated drinking water. The larvae mature inside the body and move towards the skin’s surface in the form of a burning blister. When the infected human puts water on the blister, the worm bursts out into water, continuing the source infection cycle. However, the number of cases of guinea worm is way down—from 3.5 million cases in 1986 to 126 cases in 2014—thanks to a simple nylon filter attached to a drinking straw. The weave on the nylon is tight enough to filter out the larvae from drinking water.

Slate—“Vanquishing guinea worm would be arguably the first great public health triumph of the 21st century. It would also give new life to the human disease eradication movement, which suffered through 35 mostly frustrating years following the conquest of smallpox in 1980. The victory would prove to governments and private foundations that we can still accomplish eradication.”

Ebola Could Cause Thousands More Deaths—By Ushering in Measles

As Liberia removed their Ebola crematorium—with the declaration that the outbreak is contained—new cases of the disease are still popping up in Sierra Leone and Guinea and have resulted in nearly a dozen American volunteers returning to U.S. facilities for treatment.  And this week, in Science, researchers from NIH and four universities have warned that Ebola’s interruption in other health services—like immunization campaigns—could result in epidemics of preventable diseases with larger fatality numbers than Ebola. Specifically, they warn that up to 100,000 cases of measles could result in 16,000 additional deaths.

Wired—“Measles is already present in West Africa, so the team is not arguing that Ebola will revive an eradicated disease — although, poignantly, hard work in the three countries had recently forced measles incidence way down. “Between 1994 and 2003, the countries reported — and this is just how many they reported, not necessarily how many occurred — about 100,000 cases of measles,” Lessler said. “Whereas in the last decade, they’ve only reported 7,000. So they’ve done an excellent job of controlling the virus compared to the previous (decade).’”