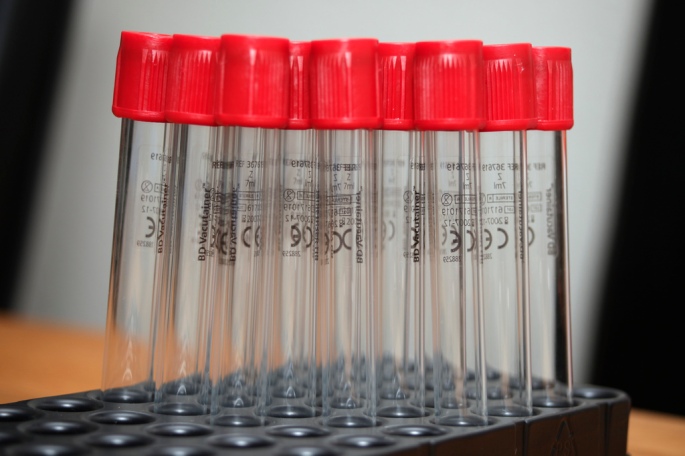 On Not Falling Prey to Syrian Biological Weapons Alarmism

There have been a lot of articles (starting with the WaPo, and snowballing to the Telegraph, VoR, etc) discussing the “emerging threat” of Syrian biological weapons. Before the rumors grow and plant seeds, we strongly recommend you take a moment to check out Dr. Ben Ouagrham-Gormely’s excellent rebuttal. Here’s an excerpt from her piece:

“A September 5 Washington Post article raises concern that Syria might resort to biological weapons in retaliation for a Western military strike. The article states that intelligence reports indicate that Syria engaged in bioweapons development in the 1970s and 80s and since then has maintained a “dormant capability,” which some experts interviewed by the Post believe can easily be reactivated to produce biological weapons. it is important to inject a little bit of reality in regard to the question of whether or not Syria might be able to successfully reactivate a “dormant program” and effectively develop and use biological weapons.”

The confirmation of another two cases of the Middle Eastern Respiratory Virus in the last week, bringing the global total to 110 cases and 52 fatalities, has the scientific community scrambling to develop a viable vaccine. Now researchers at Loyola Marymount University, working in conjunction with the Erasmus lab in Rotterdam (the same lab who refused to play nice in sharing the MERS genome), have developed a candidate vaccine which can be used in case of a pandemic. However, while the candidate has passed the first pre-clinical trials, if proven efficacious in humans  it would still be at least a year before the vaccine would be ready for production.

Medical Xpress – “The starting point for the new vaccine was a related virus known as Modified Vaccinia virus Ankara (MVA). MVA is an attenuated strain of the virus that causes smallpox, and has been used for more than 30 years for the manufacture of smallpox vaccine. Indeed, MVA is at the heart of a worldwide effort to design and generate vaccines not only against viral pathogens but also against cancers. In this context, MVA serves as the carrier for specific antigens that elicit the production of protective antibodies in the immunized host. MERS-CoV is known to bind to human cells via its so-called spike (S) protein, which is exposed on the surface of its membrane envelope. Sutter and his team therefore used molecular biological methods to introduce the gene for the MERS S protein into the MVA genome.”

If there’s one thing we’ve learned here at GMU Biodefense, it’s stay good and far away from bats. Whether it’s rabies or MERS, the creatures of the night are bastions for all sorts of nasty diseases.  Now it looks like Pteropus bats in Bangladesh are in the “villain of the week” spotlight. A researcher at Stanford University is voicing concerns over the bats, which range across South East Asia, spreading the deadly virus Nipah.

Stanford News – “Among Nipah’s worrisome traits: Many strains are capable of limited person-to-person transmission, and it is a ribonucleic acid (RNA) virus, which has the highest known rate of mutation among biological agents. If a more efficient human-adapted strain developed, it could spread rapidly in highly populous South Asia before spilling into other regions. The global community must do a better job of estimating and managing the risk, Luby said. That will require stepped-up study of how the virus is transmitted, closer observation of infected people and consideration of vaccinations for at-risk communities.”

Moving away from the existence, or lack thereof, of Syrian BW, a rebel leader in the Philippines has been accused by the government of using biological weapons. According the Filipino government,  the device in question tested positive for both Enterobacter cloacae and Streptococcus agalacteiae. The government claims the rebels smeared the unexploded landmines with feces. The rebels deny the claims outright. We’ll leave it there.

Inquirer Mindanao – “The military insisted Thursday that the New People’s Army now uses ‘biological weapons’ to further its goal of toppling the government. In a press statement, the Eastern Mindanao Command based here said laboratory examination of unexploded land mines seized from NPA camps in Southern Mindanao showed the presence of ‘deadly toxin’ and bacteria ‘not usually found in steel rebars and nails used as shrapnel.’ The NPA unit operating in the region laughed off this claim, calling it ‘malicious and wildly concocted military propaganda.'”

Polio eradication is a bit of a soapbox around here, maybe because as a planet we’ve been so close for so long and because it’s often security issues which hamper efforts. For those of you who have managed to miss our various rants, all but three states – Nigeria, Afghanistan, and Pakistan – have eradicated the virus. Somalia, despite its numerous failings, worked extremely hard to become polio-free in 2007. The news that the terrorist organization al-Shabaab, which controls large swathes of Southern Somalia, is refusing to allow supplies into territory it controls, while also telling local populations that the vaccine causes AIDS and sterility, is infuriating.

All Africa – “Al-Shabaab’s refusal to allow the supply of the polio vaccine in areas under its control is causing panic among residents at a time when aid workers are struggling to contain an outbreak of the crippling virus.’The polio outbreak plaguing Somalia has spread despite significant efforts to curb the disease,’ the United Nations Office for the Co-ordination of Humanitarian Affairs (OCHA) said in a statement August 15th, adding that insecurity is hampering efforts to contain the virus. Six years after Somalia was declared free of the virus, at least 105 cases have been confirmed in the country, the ‘worst outbreak in the world in a non-endemic country’, according to OCHA.