I’ve got brunch reservations this morning so the big story about the coming egg shortage is hitting close to home. We’ve also got a story about ISIS’ WMD and a bunch of stories you may have missed.

As a final reminder, the Early Registration Deadline for the Pandemics, Bioterrorism, and International Security is tomorrow, Monday, June 15. For more information and registration, please click here.

Enjoy the rest of your weekend!

The unprecedented outbreak of avian influenza in the U.S. has meant massive losses in the domestic poultry industry which has left experts warning that U.S. consumers are very likely to see an increase in egg prices. Cases of avian flu have been reported in 15 states, with Iowa and Minnesota being some of the hardest hit. “In Minnesota, the number of lost turkeys represent about 11 percent of our total turkey production…of the chickens we’ve lost that are laying eggs, 32 percent… have been affected by this” In Iowa, about 40 percent of the state’s egg-laying chickens and 11 percent of its turkeys have been affected. All these losses will mean a shortage of whole eggs and other egg-based products.

U.S. News and World Report—“Consumers haven’t felt the pinch too much just yet, but they are unlikely to emerge with their pocketbooks unscathed, [Rick] Brown [Senior VP at Urner Barry, a food commodity research and analysis firm]. He says two-thirds of all eggs produced in the U.S. remain in a shell, many of which are placed in cartons and sold in grocery stores. This stock of eggs has been hit significantly less by the avian flu outbreak than those used in the egg products industry, which Brown says encompasses “everything from mayonnaise to salad dressings to cake mixes to pasta to bread.”

You may have already seen this, since this story was everywhere this week. Julie Bishop, Australia’s Minister for Foreign Affairs, said the Islamic State (ISIS) already has and is already using chemical weapons. Bishop made these comments in an address to the Australia Group—a coalition of 40 countries seeking to limit the spread of biological and chemical weapons. In a follow-up interview, Bishop also said that NATO was concerned about the theft of radioactive material and what that could mean for nuclear weapons proliferation.

The Washington Post—“‘The use of chlorine by Da’ish, and its recruitment of highly technically trained professionals, including from the West, have revealed far more seriou­s efforts in chemical weapons development,” Bishop said, using an alternate name for the Islamic State in a speech reported by the Australian. She did not specify the source of her information.  “… Da’ish is likely to have amongst its tens of thousands of recruits the technical expertise necessary to further refine precursor materials and build chemical weapons.’” 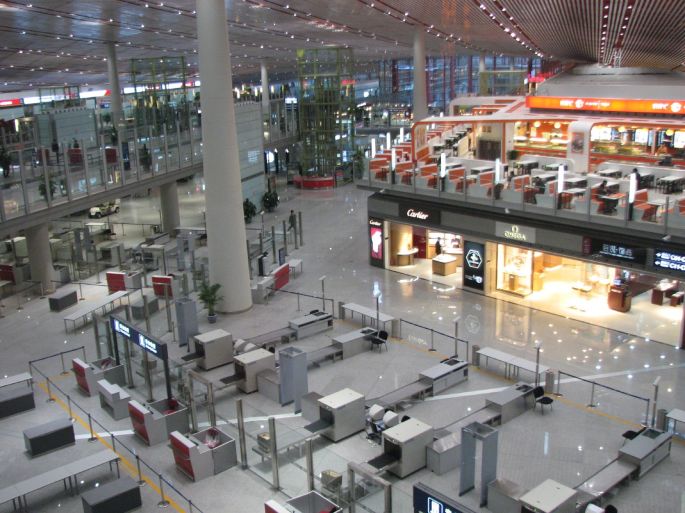 My apologies for no update last week, I had to make an unexpected, emergency, work-related trip to Dulles Airport, my old stomping grounds. But everything is under control and we’re back at it, covering stories from the past two weeks. Fittingly, we start off with airport screening, and also cover the Black Death, chemical weapons in Libya, Ebola, and other stories you may have missed.

Have a great week and stay safe in the weather out there!

Airport Screening for Viruses Misses Half of Infected Travelers

A team led by UCLA researchers has found that airport screening—for viruses like H1N1 and Ebola—misses at least half of infected travelers. The team found that no more than 25% of passengers answered honestly about their exposure to influenza in 2009 and that some may have been able to hide symptoms by taking over-the-counter drugs like acetaminophen. Timing of the screening may impact detection ability, too.

Science 2.0—“‘We found that for diseases with a long incubation period, such as Marburg and Ebola, taking passenger’s temperature to test for fever is particularly ineffective at the start of the epidemic but does pick up more cases as the epidemic stabilizes,” said Katelyn Gostic, a lead author of the study and a UCLA doctoral student in the laboratory of Professor James Lloyd-Smith. “With diseases such as swine flu, which take a shorter time to incubate, fever screening is the most effective method throughout an epidemic.’”

Plague Pandemic May Have Been Driven by Climate, Not Rats

Rats may have been incorrectly receiving centuries of blame for European plague, or Black Death. According to Nils Stenseth, of the University of Oslo, the introduction, and re-introduction, of the disease to Europe may have been caused by Asian climate events. Additionally, black rats where rare in Northern Europe, so the likely rodent culprit may have actually been gerbils. Moreover, the plague is not naturally found in Europe, but it is endemic in Asia in the rodents that live there. However, when the climate becomes warmer and wetter, rodent numbers drop and the fleas seek out alternative hosts, like domestic animals and humans.

Smithsonian—“The scientists will need more data to prove that Asian climate was responsible for all the reintroductions of plague to Europe. For instance, analysis of plague DNA from European victims who died at different time periods could strengthen the link between climate and outbreaks. “If our theory of climate-driven successive reintroductions is correct, we would expect to find great genetic bacterial variation between plague victims across time,” Stenseth explains. If the bacteria had instead come from a single introduction, there would be less genetic variation in the pathogen’s DNA, even when taken from victims from different times and locations.”

Islamic State fighters in Libya have allegedly seized large amounts of chemical weapons including mustard gas and Sarin that reportedly belonged to the regime of Moammar Gadhafi. Last year, though, Libyan officials said they destroyed the last known stockpile from Gadhafi’s regime.

International Business Times—“The weapons are likely 10 years old and in a degraded state, but remain dangerous, former British Army officer Hamish de Bretton-Gordon told The Daily Mail Sunday. “While we don’t know how much IS has acquired, and though the Libyan Sarin dates back to the Gadhafi era, it would still have a toxicity and pose a danger,” he said. “Libya is virtually Europe and so the fear factor from a European perspective is huge. I should think the security forces will be watching this situation very closely.’”

It’s been awhile since an Ebola update, but there was some good news worthy of coverage as schools re-opened in Liberia on February 16, as a sign that life is starting to return to normal. Countries are still keeping an eye out for the virus, including, inexplicably, North Korea, who has banned foreign runners from their April marathon (yes, that is actually a thing!) A piece appeared in the Journal of the American Society of Microbiology that indicated it is “very likely that at least some degree of Ebola virus transmission currently occurs via infectious aerosols generated from the gastrointestinal tract, the respiratory tract, or medical procedures.” However, there is some good news including a new product, similar to hand sanitizer, that can kill bacteria and viruses within 15 second of application and can work for up to six hours and a rapid diagnostic test for both Ebola and Dengue. Lastly, it wouldn’t be an Ebola update without a questionable article—this one is about a Baltimore wedding gown designer who went to New York Fashion with an Ebola suit. Sigh. 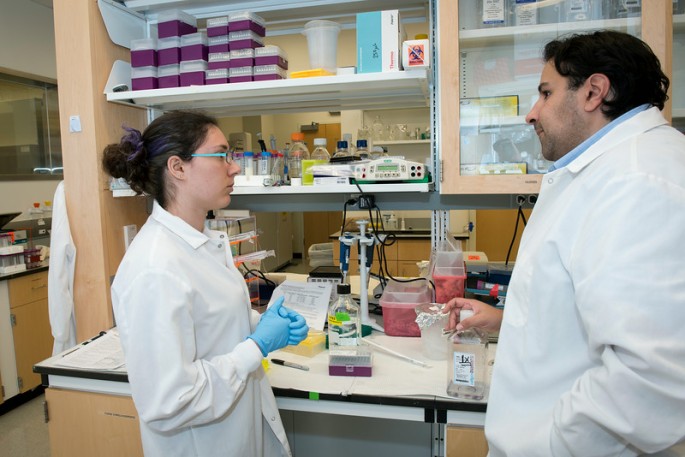 George Mason University’s National Center for Biodefense and Infectious Diseases has been researching the causative agent of plague–Yersinia pestis.

Along the way, he’s also coaching the next generation of researchers. The two endeavors are equally critical, says Hakami, who knows firsthand how crucial mentoring can be to young researchers from when he himself was a student earning his doctorate in biochemistry in the laboratory of the Nobel Laureate Professor Har Gobind Khorana at the Massachusetts Institute of Technology (MIT).