In preparation for the GMU Summer Program in International Security, this week we will highlight the course directors. Remember, EARLY BIRD REGISTRATION ENDS MAY 15! Register by May 15 to save $300 on a three-day course and $200 on a two-day course. Use the links below for more details including registration.  Questions? Comment to this post or email spis@gmu.edu. 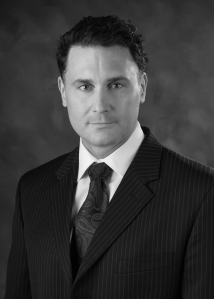 Charles P. Blair is a Washington, D.C.-based university instructor, researcher, writer, and thinker specializing in terrorism and the history, technical underpinnings, and potential futures of Weapons of Mass Destruction. He is the director for two courses in the Summer Program in International Security: 21st Century Terrorism: Emerging Trends and Evolving Tactics which runs July 14-16 and Terrorism Analysis: Quantitative and Qualitative Research Methodologies and Tools which runs July 17-18.

Since visiting Moscow as a student in 1985, Blair has worked on issues relating to globalization and the diffusion and diversification of WMD in the context of the rise of mass casualty terrorism incidents. He teaches graduate-level classes on terrorism and the technology of WMD at Johns Hopkins University and George Mason University and is a columnist for the Bulletin of the Atomic Scientists.

Recent works include: “Terrorist Nuclear Command and Control,” which was completed under the auspices of the Department of Homeland Security; a two-year DHS-backed study which investigated the U.S. extreme right-wing and radiological and nuclear terrorism; “Target Sochi: The threat from the Caucasus Emirate,”; and  “Barely Lethal: Terrorists and Ricin.”

Mr. Blair is a Senior Fellow on State and Non-State Threats at the Federation of American Scientists. Before joining FAS, he has worked at the National Consortium for the Study of Terrorism and Responses to Terrorism (START), the James Martin Center for Nonproliferation Studies, the National Nuclear Security Administration, the Anti-Defamation League, and the Center for Terrorism and Intelligence Studies.