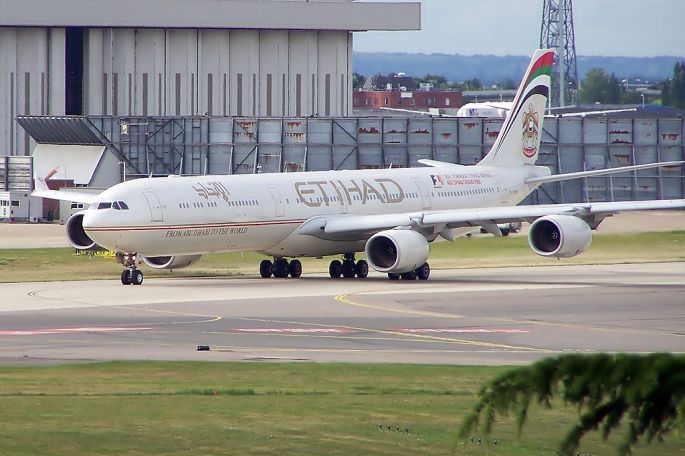 I have to offer my apologies and my thanks. Please let me apologize for the lack of Pandora Report and the light coverage on the blog over these past two weeks. The month of June was absolutely insane between work and summer courses. Fortunately, all that craziness is finally over, so let me thank you most sincerely for your patience and understanding. With this special July 4th edition of Pandora Report, please consider things around here back to normal.

Now, onto the news!  Highlights include Syrian chemical weapon disarmament, the arrival of Chikungunya to the U.S., an anthrax incident at the CDC, an Etihad Airlines based polio campaign, and Ebola devastation in West Africa.

Earlier this week, the Pentagon reported that the transfer of Syrian chemical weapons, from a Danish cargo ship to the U.S. vessel that will neutralize and destroy the weapons, is complete. The weapons and associated materials were transferred to the Cape Ray, which will travel from Italy into international waters where the weapons will be dismantled and neutralized. The Pentagon press secretary Rear Admiral John Kirby reported that the process should take several weeks to complete.

Al Arabiya News—“The disposal process marks the culmination of a program to rid Syria of its chemical weapons stockpile after the outcry that followed chemical attacks by the Bashar al-Assad regime in the suburbs of Damascus on August 23 last year, that may have killed as many as 1,400 people.”

Polio Awareness Videos to be Shown on Flights to Pakistan

Much of my month of June was spent at Dulles airport, so I might be more excited about this story than your average person, but get ready for the coolest news story you have likely ever read about an airline! United Arab Emirates based Etihad Airlines, in response to the polio epidemic in Pakistan, will show a short in-flight movie on all their flights to Pakistan. Etihad said that the goal of the movie, titled “Leap of Faith,” is to raise awareness about “this crippling and potentially fatal disease among thousands of Pakistani workers returning home to visit their families.”

Business Standard—“‘By showing this engaging story on board our flights, Etihad Airways is supporting the efforts of the UAE in helping to eradicate polio in Pakistan,” said James Hogan, President and Chief Executive Officer of Etihad Airways.

Asif Durrani, Pakistan Ambassador to the UAE, said, “With approximately 1.25 million expatriate Pakistanis in the UAE, this is a perfect opportunity to educate our people during their journey home and ultimately help in the overall eradication of this terrible disease in our country.’”

According to the Centers for Disease Control and Prevention, sometime between June 6 and 13, up to 84 lab employees at the headquarters in Altanta, were possibly exposed to anthrax. The possible exposure, which was caused by technicians not following laboratory protocol, resulted not only in employees taking powerful antibiotics as prophylactics but also in the reassignment of the head of the Bioterror Rapid Response and Advanced Technology Laboratory, Michael Farrell, while the incident is investigated.

Reuters—“CDC spokesman Skinner on Sunday said the bioterror lab sent the anthrax bacteria to other labs in closed tubes. The recipients agitated the tubes and then removed the lids, raising concerns that live anthrax could have been released into the air.”

Chikungunya, a viral disease spread by the same mosquitos that spread Dengue fever, has made its way to the Americas. Fortunately, the type of mosquito that spreads the viruse, the Aedes aegypti, is not native to the United States. However, its close breed “cousin” Aedes albo, lives as far north as Chicago and is believed to be able to spread Chikungunya.

National Geographic—“There is no vaccine or medication that can change the course of the disease, though patients are given painkillers and told to drink a lot of fluids….To avoid getting chikungunya while staying in affected areas, take the usual precautions against mosquitoes: Wear long sleeves, use repellents, and keep outside areas free of standing water where mosquitoes can breed.”

West Africa Ebola Epidemic is ‘Out of Control’

With a current death count of 467, the Ebola outbreak affecting Guinea, Sierra Leone, and Liberia has become dire. Doctors without Borders’ (MSF) Director of Operations said “the epidemic is out of control.” He continued, “we have reached our limits. Despite the human resources and equipment deployed by MSF in the three affected countries, we are no longer able to send teams to the new outbreak sites.”

The Huffington Post—“The outbreak of the deadly disease is already the largest and deadliest ever, according to the WHO, which previously put the death toll at 399 as of June 23, out of 635 cases. The 17 percent rise in deaths and 20 percent jump in cases in the space of a week will add urgency to an emergency meeting of 11 West African health ministers in Accra, Ghana on Wednesday and Thursday, which aims to coordinate a regional response.”

From the Pandora Report and all of us at the George Mason Biodefense program, we wish you a happy and safe Independence Day!!